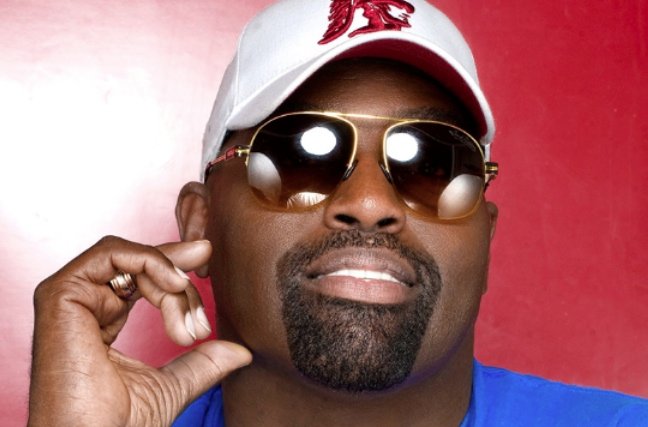 He may not have been a household name, but to many of us, he was our Chuck Berry.

For much of my life, house music wasn’t taken seriously by the mainstream music press. It was too girly, too gay, too happy, too much like R&B for the kinds of guys that wrote about music for the magazines and newspapers that were supposed to be shaping our tastes. But those of us who’d caught the fever at all-night warehouse parties and underground clubs knew there was something much more powerful and meaningful going on, even as that identity was being washed away to help dance music and DJ culture become the stadium-filling phenomenon it is today.

Even among dance music fans, it’s common to think of house music as a purely Chicago thing, especially since it’s named after the Windy City club that Knuckles DJ’d at from 1977 to 1982. But while those marathon Warehouse sets undoubtedly sparked a new underground path for the post-disco party era, the roots of the music he played there extend back to his earlier days in NYC.

The 1969 Stonewall Riots had unleashed a fierce wave of resistance against the homophobia that had kept queer culture in the shadows for so long, and the larger civil rights movement was bringing cultures and races together in ways unimaginable a decade earlier. In this context, dancing with someone of the same gender was a political act, and often not even legal. Simply having a good time and being out and proud was as much a protest as holding a placard.

Knuckles got his start DJing the Continental Baths with his old friend and fellow future legend Larry Levan. They were part of a larger gay underground nightlife scene and had learned their craft by watching pioneering DJs like David Mancuso, Francis Grasso and Nicky Siano mix psychedelic rock, funk, soul, Latin and anything else that could rock a dance floor. Before long, that eclectic sound was mutating into mainstream disco, but the underground never stopped charting its own parallel path.

Some of the people behind the Warehouse were NYC ex-pats who wanted to bring that Big Apple energy to Chicago. They initially asked Levan to become their resident DJ. Committed to his weekly gigs at the Paradise Garage, he recommended his old friend Knuckles, who moved to Chicago and took the gig.

By the end of the 70s though, the mainstream disco boom was hit with a major backlash, culminating in the infamous Disco Demolition Night on July 12, 1979, at Chicago’s Comiskey Park, when a stadium cheered as a huge pile of disco records were blown up with explosives. Arguably, the “disco sucks” campaign had its roots in homophobia and racism, but the glut of opportunistic dance pop flooding the stores also played a role in the rapid cultural shift. Regardless of the causes, the backlash created conditions for the birth of house.

Without the steady stream of dance-floor singles coming out every week, DJs like Knuckles were forced to be creative. Re-editing old hits into new arrangements, running drum machines alongside the records, and mixing in European synth pop singles pushed the sound of the underground in a new direction. Knuckles was surprised to find other Chicago bars advertising that they played “house music,” which simply meant “the kind of music played at the Warehouse.”

By the time I first heard house music on the overnight CFNY club broadcasts in the late 80s, the sound was already blowing up overseas and shifting into new forms. I’d grown up feeling like the magic of the hippy era would never be matched again, and that I had missed out. But that feeling was obliterated after my first experience dancing all night in a dark warehouse. Punk was rebellious and forward-thinking, but in comparison to a good underground dance party, it suddenly seemed very straight, very white, very male and not nearly as much fun.

Last year I heard Frankie Knuckles DJ twice: the first time outdoors at the 519 Green Space Pride party, and then a few months later at Ryze nightclub. As great as his late-night performance at Ryze was, the 519 vibe was a different story. You could tell from that big smile on his face as he twisted an EQ knob and dropped the bass on another unashamedly uplifting vocal anthem, that he knew how special it was – the sound he helped create more than three decades earlier was still able to inspire so much joy. And it was still the soundtrack to dancing in the face of oppression.

Knuckles died unexpectedly on Monday, March 31, reportedly due to complications from diabetes.