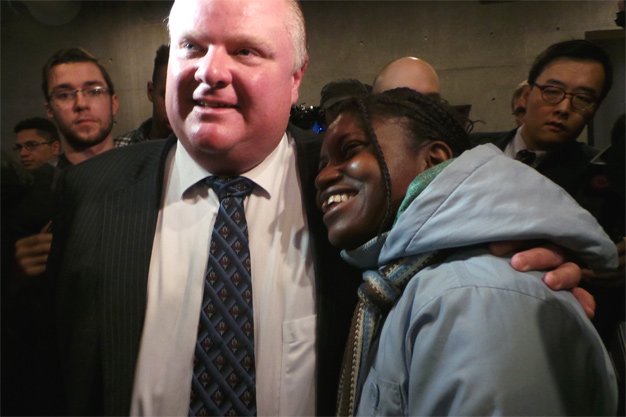 Rob Ford passed away in hospital today, his family has announced. The controversial former mayor of Toronto and current councillor for Ward 2 (Etobicoke North) was 46.

“A dedicated man of the people, Councillor Ford spent his life serving the citizens of Toronto,” their statement read.

He was diagnosed with a rare form of cancer, pleomorphic liposarcoma, in September 2014, which prompted him to withdraw from his mayoral reelection bid and seek his old council seat instead. After several months of chemotherapy and radiation treatment, doctors surgically removed the tumour from his abdomen. In October 2015, however, new tumours were discovered on his bladder, triggering further rounds of chemotherapy. He was most recently readmitted to hospital in late February, where he continued receiving palliative care.

His family had been at his side since Thursday.

City council will have to declare Ford’s seat vacant at one of its next two meetings (March 30-31 or May 3-4). It will then have 60 days to either call a by-election or appoint someone to take his place.

Councillor Ford’s final meeting at City Hall was a January 4 gathering of the Government Management Committee. The minutes record him as the lone dissenter on votes pertaining to the redevelopment of St. Lawrence Market North and the revitalization of Union Station.