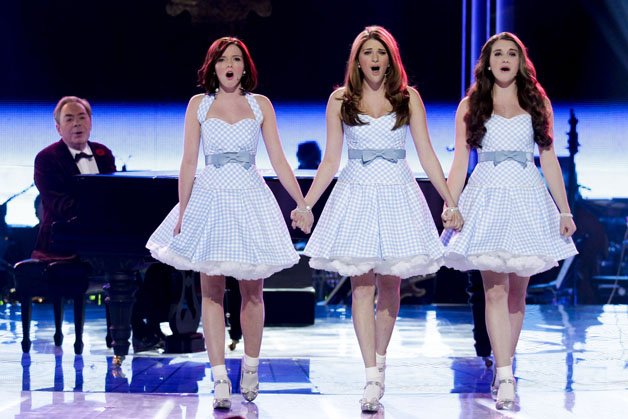 Rob Ford’s attempt to have a gay pride flag removed from City Hall has been thwarted.

The flag was hoisted by the city Friday afternoon to show solidarity with gay communities in Russia, where the Olympic Games in Sochi have drawn attention to draconian anti-gay laws enacted by President Vladimir Putin’s government.

Cities across Canada including Montreal, Ottawa, and St. John’s raised the flag to mark the games’ opening ceremonies on Friday, and plan to fly it for the duration of the competition. Toronto granted a last-minute request from the 519 Community Centre to do the same here, with the support of Councillor Kristyn Wong-Tam and Deputy Mayor Norm Kelly.

Soon after the flag was run up the pole on City Hall’s Green Roof however, Mayor Ford put up a large Canadian flag in the window of his office in an apparent act of retaliation. As he stepped outside to view it from Nathan Phillips Square he told reporters he was asking the city manager to take the queer emblem down.

“I put a call in to [City Manager] Joe Pennachetti and asked him to remove it, so we’ll see,” he said.

“It’s the Olympics. This is about being patriotic to your country, it’s not [about] sexual preference,” he continued.

Later in the afternoon the mayor appeared to soften his stance. Councillor Anthony Perruzza met with Ford in the mayor’s office and emerged to tell reporters that Ford had agreed to fly both the Pride and Canadian flags at the same time.

Ford’s spokesperson also confirmed that the mayor was fine with both flags being displayed together.

But then, when the mayor left his office just before 6 p.m., reporters asked if he still wanted the rainbow flag to come down. “Yes,” he said, before pushing past journalists into a waiting elevator.

Despite his objections however, it appears the Pride flag is here to stay, and won’t be accompanied by a Canadian flag.

In an email to NOW, city spokesperson Jackie DeSouza said that the city manager had not received a formal request from Ford’s office to take the flag down. But she made clear that the mayor has no power to remove it. Control over flag ceremonies rests with the city’s chief of protocol, who already approved the request to fly it for the next two weeks.

DeSouza also ruled out flying the two flags together because federal guidelines prohibit displaying the national emblem on the same pole as another standard. “According to Heritage Canada, the Canadian flag should always be flown on its own mast,” she wrote in an email.

In fact, there already is a large Canadian flag on the main flagpole in Nathan Phillips Square, and it’s on display every day of the year. The smaller pole to which the Pride flag was affixed is reserved for ceremonial purposes, and during this term of council it has hosted flags for the Canadian Association of Retired People, Rotary International and Movember, among others.

The flag flap was the second time this week that Mayor Ford waded into a controversy about queer issues. At an election forum on Wednesday he said he had no intention of attending World Pride, the world’s largest LGBTQ festival that Toronto will host for the first time this summer.

Ford has skipped every Toronto pride parade of his term, but in the past has claimed it interfered with a family tradition of going to the cottage. This week he made clear he simply doesn’t want to go to Pride.

“I’ve never gone to a Pride parade. So I’m not going to change the way I am,” he stated.

Councillor Wong-Tam said Ford is no longer hiding the fact that he is prejudiced against gay people.

“I think he’s clearly demonstrating that he is homophobic, that he is bigoted,” she said.

“Many of us who have been working closely with the mayor have known this for some time. And now he’s owning up to it. So good for him to have the courage to stand up for his values,” she said dryly.

The mayor found little support among his colleagues for his brief crusade against the flag.

Deputy Mayor Kelly dismissed the idea that there was any conflict between the Maple Leaf and the rainbow.

The Pride flag was a sign that “we’re not afraid to stand up for the rights and privileges that are being abused in other parts of the world,” he said. “There’s nothing un-Canadian about that. In fact, that’s a very Canadian thing to do.”

Councillor Paula Fletcher noted that Toronto has historically been a leader when it comes to protecting queer rights. “So putting the Pride flag up is very important. I’m glad to see it’s still flying there,” she said. “It’s in its right place, and the Canadian flag is in its right place too.”

Councillor John Parker, a council conservative, had harsher words for the mayor.

“Frankly that that flag is flying at this time, when the world is outraged at the comments and behaviour of Vladimir Putin, suits me just fine,” he said. “I’m sorry that Rob Ford has decided to align himself with Vladimir Putin on the matter.”