"Rehab is amazing. It reminds me of football camp," Mayor Rob Ford told the Sun's Joe Warmington. You might have thought. 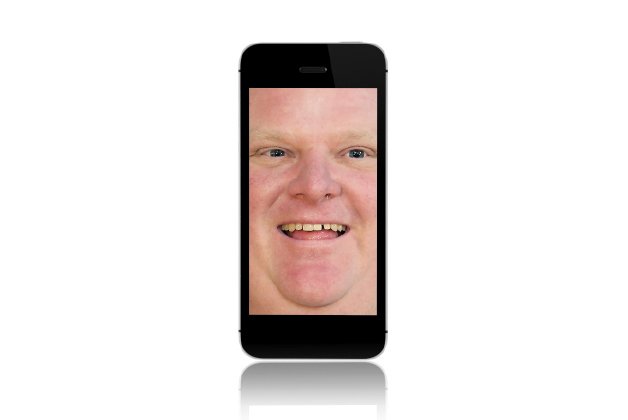 You might have thought Ford would go with an I’m-doin’-great-but-it’s-hard tack, but nope. It’s apparently fun times in “working rehab” all the way.

Shortly after the story was published Wednesday morning, Warmington went on Newstalk 1010’s Moore In The Morning to talk about his scoop. Here are some highlights:

Warmington on how he got in touch with Ford in rehab: “So I just called the number that I usually call.”

Warmington on the mayor’s demeanour: “He did sound like he’s really enjoying himself.”

John Moore, just double-checking: “Do you actually know for sure that the mayor’s in a rehab facility?”

Warmington, on how he verified what Ford told him: “I’m taking him at his word. I’m reporting the best that I could do.”

Moore, asking the question everyone wants to ask: “Do you ever feel that you are just another one of Rob Ford’s enablers?”

Warmington: “Yeah, I get that a lot. And I guess if people think that, I mean, I dunno. It’s interesting that everything that I write, everybody seems to take it and want to have me on their shows and all that, so I guess there’s a lot of enablers in Toronto. I don’t know what the rule book is, or if that’s illegal or immoral or what. I don’t know.”

(Listen to the whole interview starting at 13:26 here.)