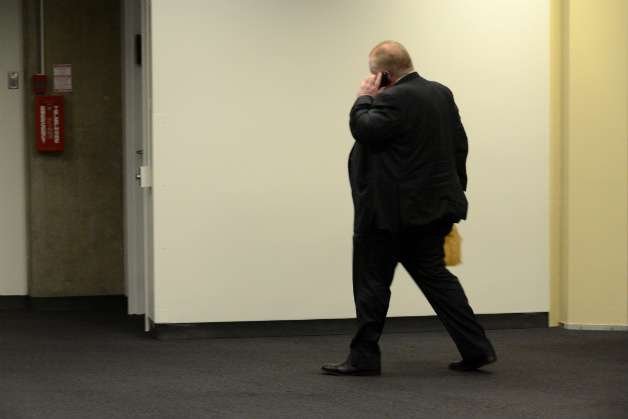 The whereabouts of Toronto’s troubled mayor are unknown, with the Globe and Mail reporting on Tuesday that he never made it to his destination after leaving town last week saying he had to deal with his alcohol addiction.

Ford left his home on the morning of Thursday, May 1 and reportedly boarded a private plane bound for Chicago. According to the Globe, Ford landed in the Windy City but never officially entered the U.S. The paper quotes Canada’s Consul General in Chicago as saying Ford wasn’t turned away “per se,” but the mayor withdrew his application to enter the country.

Speaking to reporters at City Hall at the start of Tuesday’s council meeting, the mayor’s brother Councillor Doug Ford was tight lipped. He wouldn’t confirm where the mayor is but said he was “in a rehab facility, one hundred per cent.”

Asked what kind of treatment Mayor Ford is receiving, Doug said “The proper treatment that they have at rehabilitation centres.”

Asked for some kind of proof, Doug said “You’re going to have to trust me on this one.”

The councillor said there was no timeline for the mayor’s return, and somewhat ominously would not rule out running for mayor himself if Rob does not come back.

Below is a lightly edited transcript of Doug’s exchange with reporters. Shortly after he spoke, the Toronto Sun reported that the mayor may be at the Homewood Health Centre in Guelph.

Q: Where is the mayor?

He’s in a rehab facility.

That’s right. He’s in a rehab.

Can you please confirm to us where exactly the mayor is?

I can’t, sorry. Due to confidentiality – to not only the mayor but the people in the rehab program – I’m not at liberty to say.

Can you say if he’s in a rehab facility in Canada?

He’s in a rehab facility 100 per cent, and he’s getting the support that he needs.

When you travelled to the Jimmy Kimmel Show, was there any issue crossing the border?

Can you understand why people aren’t necessarily willing to accept ‘he’s in rehab’ as an answer? They want details.

That’s alright. You’re going to have to trust me on this one, so that’s it. Any other questions?

What happened in Chicago?

When we went to Jimmy Kimmel, or…

When he flew out there on Thursday.

Have you spoken to the mayor yourself since he’s gone into rehab? How is he doing?

How long will he be there?

Do you anticipate he’ll come back before July?

I’m not too sure about that. We’ll just play it by ear.

So he may lose his seat?

If he’s not back by the July council meeting, he could potentially be vacated from his seat.

Actually that’s incorrect. If they don’t excuse the mayor for three consecutive times, then you can lose your seat. I just want to remind the people Ron Moeser we excused for almost a year because of his illness. And I’m sure that council’s gonna excuse Rob for his illness for at least one or two sessions.

Is he willing to take that chance?

Would you pick up the torch and run under the Ford banner for mayor?

What kind of treatment is he receiving at this facility?

The proper treatment that they have at rehabilitation centres.

Can you comment on the reports that say he was turned away at the US border?

Or that he turned around voluntarily?

I have no comment on that. Okay? Thanks guys.