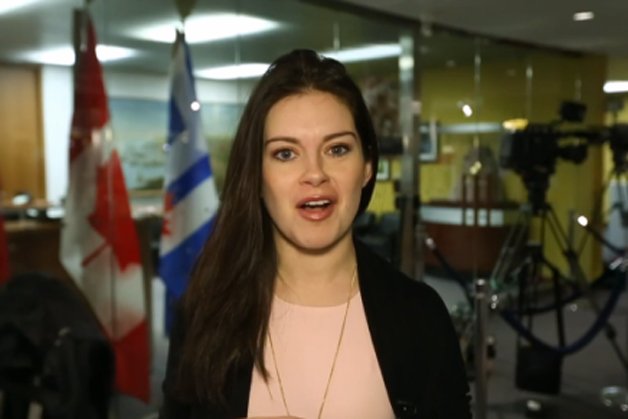 Robyn Doolittle, the high-profile Toronto Star reporter who helped bring the Rob Ford crack cocaine scandal to light, is leaving the newspaper to join the Globe and Mail.

On Wednesday morning the Globe’s editor-in-chief David Walmsley announced via Twitter that the paper had poached Doolittle from its competitor.

“Delighted to announce the journalist and author behind the Rob Ford story @robyndoolittle is joining The Globe as an investigative reporter,” Walmsley wrote.

Doolittle joined the Star in 2005 and established herself as a crime reporter before moving to the City Hall beat in 2010. She will start at the Globe later this month and will join the paper’s investigative team.

A graduate of Ryerson University’s journalism program, Doolittle is one of only three reporters to have seen the infamous Ford crack video. In February she published a best-selling book on Toronto’s polarizing mayor called Crazy Town, which gained her an international profile and led to appearances on CNN, the Daily Show, and Late Night with Seth Meyers.

Even before Gawker broke the crack story in May of last year, Doolittle had already detailed Ford’s struggles with substance abuse in a story that revealed he had been asked to leave a military ball because he appeared intoxicated. It was that article that inadvertently led to the drug scandal by prompting a group of men to try to sell the footage of the mayor smoking crack to several news outlets.

In the past, Doolittle has heaped praise on the Star for supporting her and dedicating resources to the Ford investigation at a time when many newspapers are abandoning investigative work. She declined to comment on Wednesday about why she decided to leave the paper but said on Twitter she was glad to have worked at the Star.

“I started at the Toronto Star back in 2005 as a radio room reporter. I am so profoundly grateful and proud to have worked there,” she wrote. “Now I’m off to the Globe and Mail to join their investigative team. I’m so excited for the new challenges coming my way.”

Walmsley, who himself was only hired by the Globe last month, had his own thoughts on why Doolittle came aboard. “I think one of the things that attracted her was the opportunity to play on a bigger stage and to be given the bench strength of support that is essential when working on investigations,” he told NOW in an email. “There is rarely a more lonely perch than when breaking news and the team at The Globe will have her back.”

This is the second time in a week that the Globe has lured a well-known reporter away from the Star. Last week sports columnist Cathal Kelly also made the switch.

Walmsley denied that the Globe is deliberately trying to poach talent from the Toronto paper. “It is a deliberate strategy to get the best people in the business but the strategy is less a targeted Star strategy and more a strategy simply focused on best talent,” he wrote. “Cathal and Robyn fit the best traditions and future ambitions of our newsroom.”