He keeps on rockin' 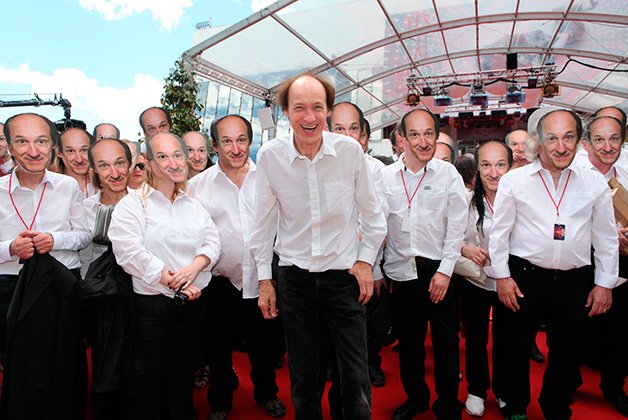 John Otway was never a rock star. But he’s always tried to be.

The eccentric English singer/songwriter started out as a punk and evolved into more of a giddy peripheral rocker, beloved by fans and fellow musicians but never quite able to turn his stage cred into proper success.

Instead, he’s carved a uniquely self-effacing niche for himself, inviting his ever-indulgent followers to help him goof around on various projects: pushing a single up the charts for his 50th birthday, trying to charter a plane for a world tour, or recording a call-and-response cover of The House Of The Rising Sun at Abbey Road.

For his 60th birthday in 2012, he decided he wanted a movie, and the result is this picture, which screens twice this week on either side of Otway’s gigs at the Rivoli Saturday night (May 24).

The documentary is aimed directly at Otway’s fiercely loyal fan base, who’ll likely swarm the Bloor to catch both it and the acoustic sets he’s slated to perform afterward. On that level, it’ll be exactly what they want to see: a career overview of the charming, accessible artist they’ve supported and abetted for decades.

You’d have to be a dick to point out that no one could be as naive as Otway appears to be and survive in the British music industry for decades, even on the fringes. And you’d definitely be a dick were you to note that the last movement of Otway The Movie can be read as a cautionary tale about what happens when chasing the spotlight takes precedence over making art.

So I won’t be a dick. And Bunsen Burner is pretty damn fun, after all.

Screens Thursday (May 22) and Sunday (May 25) at the Bloor Hot Docs Cinema. See listings.