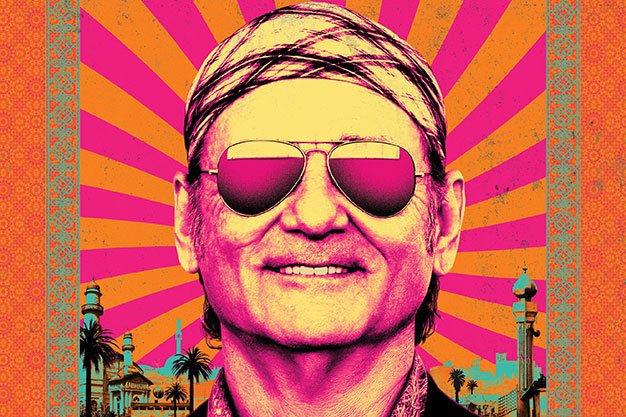 Everyone loves Bill Murray, right? So we can all agree the guy deserves better than Rock The Kasbah.

But that element of the plot doesn’t even appear until an hour into what Levinson and screenwriter Mitch Glazer seem convinced is a cutting political satire about America’s overreach in the war on terror.

Murray goes big in an attempt to hold the thing together, while Kate Hudson stands around in skimpy outfits as a cynical sex worker who becomes Richie’s assistant, or something.

As in his recent Hollywood spoof What Just Happened?, Levinson just sets scenes up and plays them out, as if convinced of their inherent comic value. Also as in that movie, the presence of an especially cranky Bruce Willis makes a few scenes more interesting than they might have been otherwise.

The supposedly satirical liberties taken with the material just wind up blunting its edges: the real story of the first woman to appear on Afghan Star was a lot uglier, and she didn’t sing Cat Stevens songs in English to be more palatable to a Western audience.