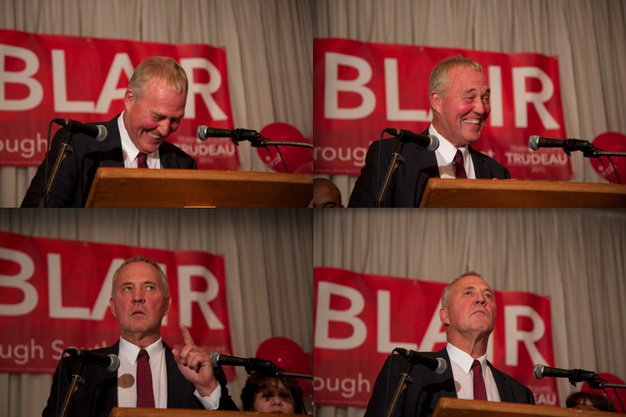 The many faces of Bill Blair.

Chalk it up to strategic voting or Liberal leader Justin Trudeau’s sex appeal. As for real change, between the Liberals’ support for Bill C-51 and Blair’s record overseeing race-based carding and G20 policing, few people outside Stephen Harper may better personify the incremental violation of civil liberties than potential cabinet minister Blair.

At the Blair victory party at the Qssis Banquet Halls on Kingston, supporters mulled over the candidate’s rap sheet.

“I had to square my personal feelings of Bill’s record as police chief with the needs of the riding and honestly I made a pragmatic decision,” says David Paradis, who sat on the Liberal riding association’s candidate search committee.

“He was the man in charge for the G20, but he did whatever he had to do to get the city under control,” counters Kohinor Tanbier. “I don’t see what the big deal is.”

On carding, Andrew Whittingham, who claims he is regularly stopped by police, says “I’m neither here nor there. I’ve always been on the straight and narrow and I comply. It’s how it goes. The Liberals have always supported me and my family throughout the years, especially coming here as an immigrant from Jamaica.” 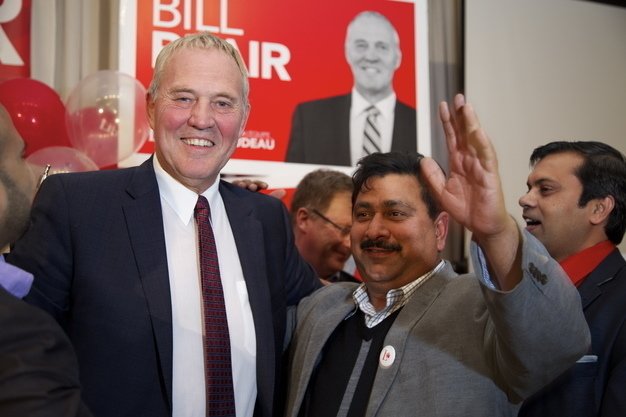 Bill Blair and Ghous Ali, who could care less about the former chief’s rap sheet.

Ghous Ali, owner of Active Auto on the Danforth, says that critics of Blair’s handling of the carding issue “have a right to say this kind of shit, but for us he’s our favorite man.”

“We need to have a really tough stance against gang activity,” adds semi-retired high school history and philosophy teacher Patricia Gilbert. “I’m not talking about colour of skin. I’m talking about behavior.”

Mary Murphy, who knows Blair from his work with the Scarborough Hospital Foundation board, says she has her own thoughts on carding, but “I’m defaulting to his opinion.”

​The Ontario Human Rights Commission has called for an immediate end to the practice which statistics show overwhelmingly targets young men of colour.

Is Blair’s election to the House of Commons a vindication of his record? “Absolutely not” Blair tells NOW in a scrum with reporters after his acceptance speech, before trailing off into the need for “building a better community and future.” When asked if black lives matter, Blair responds: “Of course, all lives matter.” 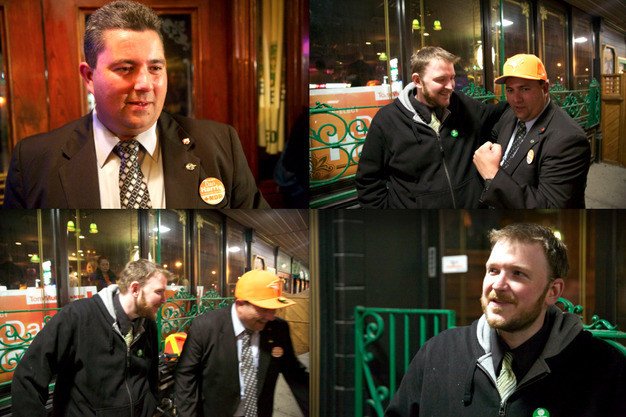 “The Liberals were trying to shore up their law and order bonifides and ignored that Blair presided over the G20 which included the largest mass arrest in [Canadian] history,” says Harris, who took the riding in 2011 on the strength of Jack Layton’s Orange Wave. He says his future plans include either going back to school or returning to work in Alberta’s oil patch.

On Rogers TV, Harris and Taylor, who was a G20 detainee, took turns lambasting Blair in what became the only all-candidates debate Blair would attend.

Says Taylor, “The reason why you didn’t see Blair at any of the other debates is the same reason you didn’t see the Conservatives at those debates: you can’t defend the indefensible.”