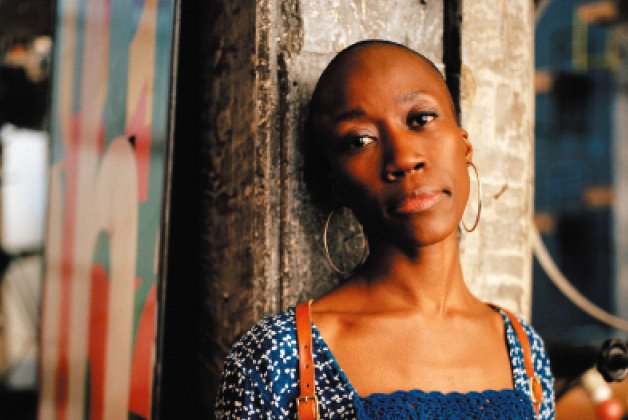 Armed conflict in Mali has left an indelible mark not only on the country’s political landscape but on its rich musical legacy as well. For centuries, the West African nation’s griots (singer-poets) passed stories through song from generation to generation, keeping their history alive.

“The [title track] is a reflection of life in Mali and living there,” Traore explains on the line from a tour stop in Leeds. “Before the crisis, I used to go abroad for my work and then come back home, and I can certainly see the difference between then and now. It has a direct impact on people’s lives every day.”

Sung in French, English and the West African language of Bambara, Beautiful Africa’s songs explore Traore’s despair and anger at what has happened to her country and elsewhere on the continent, but also her abiding hope for a brighter future.

The daughter of a diplomat, Traore travelled widely in her youth, giving up her studies in Brussels to return to Mali, where she forged a sound largely rooted in acoustic guitar. She also combined the traditional n’goni and the xylophone-like balafon, two instruments not usually played together in Africa.

“I never had the intention of creating a new style, but I’m not from the traditional school of Malian music, so my sound developed from a real mix of things,” Traore says. “I follow my intuition, which is rooted in my personality.”

Touring widely for the first time in years, Traore’s looking forward to returning to North America this month to share her unique spin on the African sound with audiences both new and old.

“Music is not just about the melody – it’s about the lyrics,” she notes. “In Mali, music still plays a vital part in people’s lives – and we continue to tell that story.”