NOW MagazineMusicRotate This reopens on Ossington

Rotate This reopens on Ossington

After 24 years on Queen West, a lease renewal forced the indie record store to move and the owner already feels much more at home 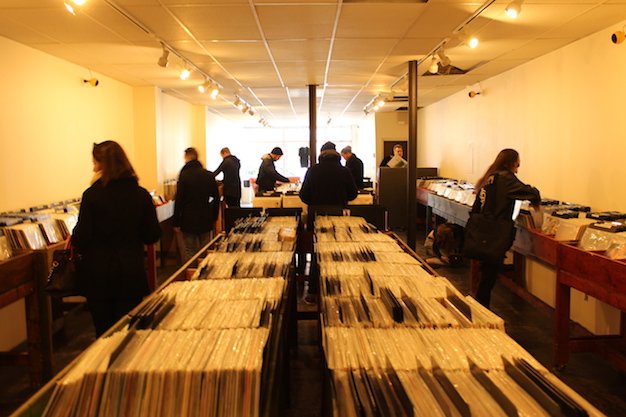 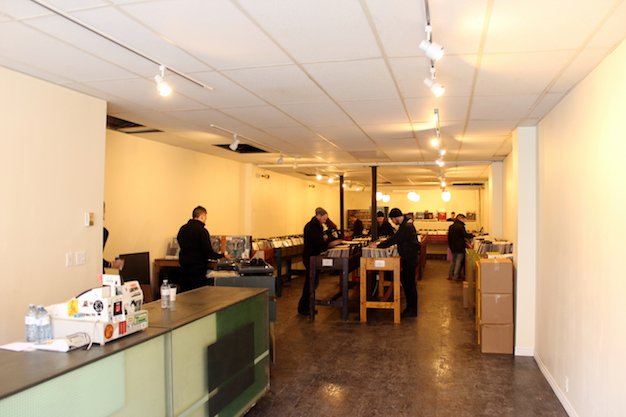 Rotate This opened the doors at its new location at Dundas and Ossington on Friday (February 26).

The independent record store was a fixture on Queen West for the past 24 years and spent the past eight at 801 Queen West until that location closed for good earlier this month.

The shop was at the end of its lease and owner Pierre Hallett said it was no longer “viable” to stay on Queen. (A similar rent hike scenario is forcing HMV to close its Bloor Street location at the end of March.)

“For us, Ossington is actually a better fit,” he explained. “It’s closer to what Queen was years ago. Queen has changed a lot, certainly, and our customers don’t live there anymore. Guess what? They live here. We’re much more at home.”

The transition to 186 Ossington took less than a week, and Hallett credits his staff, crew and a number of volunteers for the quick turnaround.

When NOW visited the new spot on opening day, the storefront still had the signage of former tenants Vintage Mix 1 and staff were putting the final touches on the space. The finished layout will look familiar to those who have frequented Rotate before: new releases will be displayed on shelving at the front, and A through Z bins and used LPs will be at the back.

A closing sale at the old location prior to the move lightened stock considerably, meaning Rotate is currently outfitting the store with new product. Still, the promise of new finds and the excitement surrounding the opening made for a busy lunchtime on Friday.

Among the browsers was Matthew who was visiting Rotate for the first time. “I just got a record player back at Christmas and had done most of my shopping online before,” he said.

Another shopper, Chris, said Rotate has been his crate-digging staple, and couldn’t be happier about the move.

“I actually manage I Deal Coffee on the corner here and we’ve been excited about these guys opening since they announced it,” he said. “It’s going to be good for the neighbourhood.”