The last time I spoke with Rubin "Hurricane" Carter, I got a taste of his famous temper. . 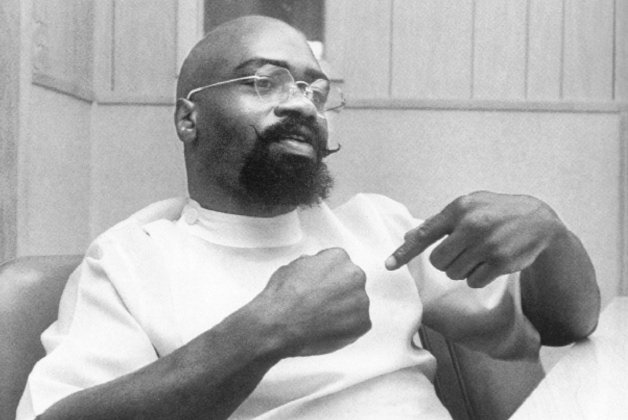 The last time I spoke with Rubin “Hurricane” Carter, I got a taste of his famous temper. It was 2002, and I’d called to ask about Mumia Abu-Jamal, the former Black Panther and black nationalist who was then serving a life term on death row in the U.S. for the murder of Philadelphia cop Daniel Faulkner in 1981. More questions were being asked about Abu-Jamal’s professed innocence, even among hardcore Mumiaphiles here in Toronto.

But Carter continued to believe in him. He slammed the phone down.

That’s not difficult to understand, given Carter’s pro-Panther sympathies and the fact that he himself had spent almost 20 years behind bars in New Jersey, for a time on death row, convicted not once but twice of three murders. A federal court judge set aside the convictions in 1985, ruling the prosecution had been racially motivated. The Hurricane was a stubborn customer.

That streak served him well in the boxing ring, where Carter was a fearsome fighter, and later outside it as an effective, pioneering advocate for the wrongly convicted. But it also alienated him from a good many friends who worked to free him from prison and others who dedicated themselves to his fight for others who’d been wrongly convicted. The Hurricane was a force of nature. And like a force of nature, he was unpredictable.

After he’d been diagnosed with prostate cancer and told last year there was nothing more the doctors could do, some among those he’d become estranged from made overtures to reconcile their differences. Carter wasn’t interested. He died at his Toronto home on Easter Sunday, cared for by John Artis, who was convicted with Carter and paroled in 1981. Carter was 76.

There will be no funeral service to remember him and his good work. It was Carter’s dying wish that he be cremated immediately after his death. For him there was never any looking back.

If there were an epitaph to be written on a gravestone, says his friend Artis, it would simply read, “Rubin Hurricane’ Carter was enough.”

Artis dropped his job in Virginia and moved here to become Carter’s full-time caregiver a year ago. He says, “For Rubin, there were no regrets.”

Carter’s awards and other memorabilia will go to Tufts University near Boston, where a scholarship has been established in his name for underprivileged young people interested in pursuing a career in law.

Bob Dylan’s Hurricane was inspired by Carter’s 1974 autobiography, The Sixteenth Round: From Number 1 Contender To Number 45472, and by the protests that sprang up after the book’s publication. When he was released from prison 10 years later, Carter became a prominent – and perhaps unlikely – hero of the civil rights movement south of the border. Most of his teen years had been spent in and out of prison, including a four-year stretch for assault and robbery in Rahway State Prison, New Jersey’s oldest, most notorious reformatory.

He became a pro boxer after a stint in the Army, and used his international notoriety in the ring to speak out against police brutality during the riots breaking out across the U.S. in the 1960s. Artis believes that comments Carter made about taking up arms against the state – “He was joking” – made him a target of police.

He was a contemporary of Martin Luther King Jr., Malcolm X, Muhammad Ali and Jesse Jackson, and symbolized in particular the racist justice system that too often bends the rules to incarcerate young black men.

Several books were written about Carter’s life, and Canadian director Norman Jewison’s The Hurricane, starring Denzel Washington, came out in 1999. Carter attended the world premiere at the former York Theatre on Eglinton East.

After the final credits, he stood up to acknowledge the crowd. In the glow of a spotlight, the familiar grin shone from underneath his trademark broad-rimmed hat. He wasn’t always comfortable with celebrity.

Carter’s long-time friend James Lockyer, a lawyer who worked with him in the Association in Defence of the Wrongly Convicted (AIDWYC), recalls his sense of humour about AIDWYC’s fights. The two liked to compare themselves to the “Who are those guys?” posse in Butch Cassidy And The Sundance Kid.

“There will never be another Rubin Carter,” says Lockyer. “His attitude was You’re never going to knock me down.'”

But the reality of life after prison was, like the man, more complicated than the Hollywood-scripted stories. Carter said after his release that if he’d learned anything from his time behind bars, it was “that bitterness only consumes the vessel that contains it.” It became the mantra of his many speeches.

No one comes out of two decades in prison, large chunks of that time in solitary confinement, unscathed. The man the authorities blamed for something he never did could never forget, even if he did forgive. He struggled with alcoholism for many years.

Dylan’s song says he could have been “the champion of the world,” but it wasn’t quite like that. In Carter’s title fight with Joey Giardello in 1964, unlike the fight in Jewison’s movie, he wasn’t robbed by the judges. The Hurricane lost a unanimous decision. He admitted as much years later, when Giardello sued the film’s producers, claiming that key fight scenes had been “deliberately fabricated” to pump the narrative that the decision had been racist. The suit was settled out of court.

For Carter there would also be a break with the commune of friends from Toronto who helped rescue him from prison. Carter was married for a time to the group’s leader, Lisa Peters.The circumstances that led to his split with the commune in the early 90s have never been completely revealed.

Peters would not talk about it with me when I appeared on the group’s doorstep in Kleinburg after the 2000 release of James Hirsch’s book Hurricane: The Miraculous Journey Of Rubin Carter.

In public, Carter was always grateful to “the Canadians.” But it’s also true that he felt imprisoned by the group’s rules, which forbade contact with the outside world. Out of one prison, into another.

Carter described the group dynamic in Hirsch’s book as “learned helplessness. The only thing that mattered was to be dependent on that house, to learn to never be separated from the group.”

He served as AIDWYC’s executive director from 1993 to 2005, bringing public attention to a number of high-profile cases. But his leadership of that organization ended when Carter blasted its board of directors publicly for failing to object strenuously enough to the appointment to the bench of former Guy Paul Morin prosecutor Susan MacLean. Morin’s 1984 murder conviction, overturned on DNA evidence, had been AIDWYC’s founding case.

“Nowadays the fashionable morality is to move on whenever a malfeasance occurs,” Carter said then.

Says AIDWYC’s Win Wahrer. “We would have happily taken him back.” There was no reconciliation, even when AIDWYC members learned that Carter was in financial difficulty and offered to hold a fundraiser to formally thank the Hurricane.

Recently, Carter had taken up with Innocence International and the cause of David McCallum, who was convicted at the age of 16 of kidnapping and murdering Nathan Blenner in 1985. Appealing to New York authorities to review the case, Carter wrote in the New York Daily News in February that, “To live in a world where truth matters and justice really happens, that world would be heaven enough for us all.”

That would be a better epitaph to remember Carter by.