Rufus Wainwright – Out Of The Game 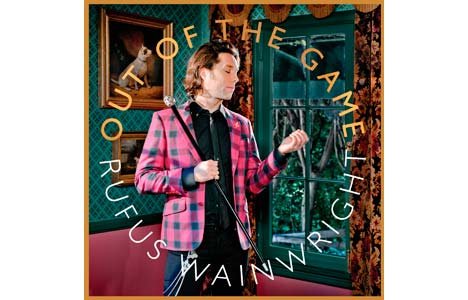 Rufus Wainwright has always been an unabashed practitioner of “elitist” music, dabbling in Shakespearean sonnets and opera in recent years. With his seventh studio album, however, the acerbic singer/songwriter has leaned in the direction of – as he recently put it – “the common listener” by handing a large amount of creative control to pop producer Mark Ronson.

That turned out to be a remarkably inspired move. Out Of The Game is his most accessible effort to date but still very Rufus. Indulging in a classic late 70s/early 80s AM radio aesthetic, it’s full of breathtakingly beautiful harmonies and spiralling narrative lyrics that balance complex emotional subject matter with pitch-perfect delivery and hummable melodies.

Ronson and his players (including the Dap Kings) match the varied emotional terrain with expansive accompaniment. Whether it’s Barbara’s swirling synths, Jericho’s soulful swagger or Candles’ gloomy requiem, they provide a comfortable landing for Wainwright’s fanciful gestures. If there’s a pop formula at work here, you might call it “accessible elitism.”