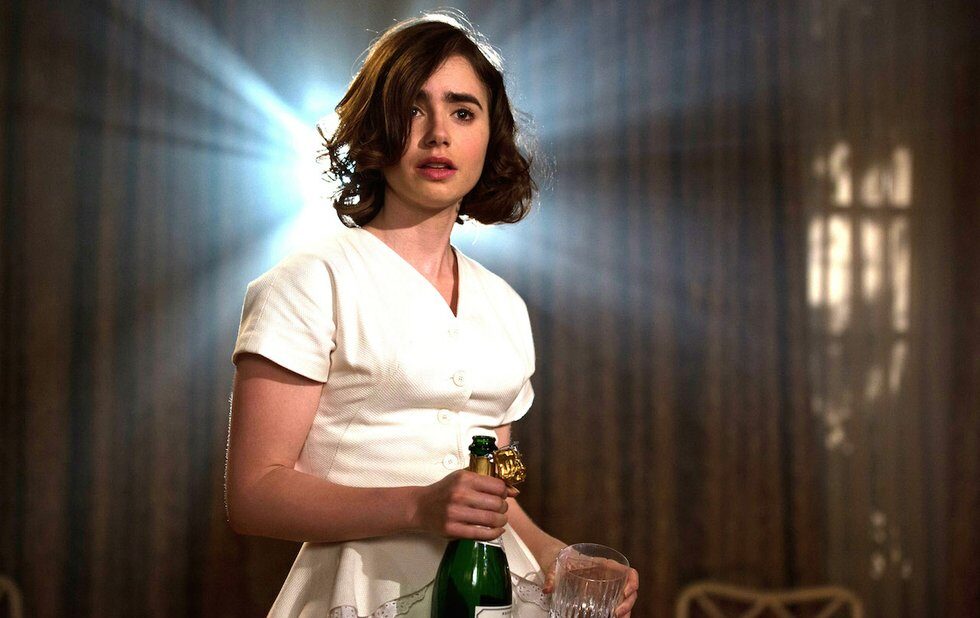 I’d hoped the long absence meant he was simply waiting until he had something to say. Turns out that wasn’t the case.

I don’t know why Beatty made this film. I mean, I watched him explain his reasons at a Q&A after a screening last month, but they didn’t make sense. He said he wanted to make a movie about America’s puritanical sexual attitudes, but that’s not what this is.

Rules Don’t Apply is a toothless dramedy about the unbalanced love triangle formed by two young people (Alden Ehrenreich, Lily Collins) and their employer, Howard Hughes (Beatty), in 50s Hollywood. It’s a stunning disappointment from the artist who directed the epic Reds, the playful Dick Tracy and the scathing Bulworth.

No expense has been spared on this one either. Beatty has gone all out on wardrobe and production design to recreate the lush postwar era – when Hughes placed his starlets in houses overlooking the Hollywood Bowl so they could be impressed by the sound of afternoon rehearsals – but there’s no substance to anything. It’s tonally incoherent and unforgivably sloppy.

Beatty doesn’t even seem to know what story he wants to tell. The film’s first movement plays as perky puppy-love romance, with Ehrenreich’s laconic driver, Frank Forbes, and Collins’s virginal beauty queen, Marla Mabrey, fighting their instant attraction because Hughes employees are forbidden to fraternize – though Hughes himself has no such impediments to acting on his desires. It’s an intriguing premise, and Beatty’s decision to cast himself as Hughes plays on our awareness of the actor’s persona as a legendary womanizer. Or it would if Beatty did anything with it.

Instead, he winds up identifying with Hughes and paying less attention to his ostensible co-stars. The film’s second movement is a darker drama about Hughes’s ambition and creeping dementia and the way a powerful man spirals into decrepitude. Which, again, is not a bad idea for a movie, except that Martin Scorsese already made The Aviator, and the first 45 minutes of this film were about other characters.

That leaves the last act, a tonal mess of half-formed ideas and ill-explained rivalries inside Hughes’s inner circle, of which Frank and Marla are now a part. Once again, Beatty seems to be making a totally different movie than the one we’ve been watching, leaden with scenes where Hughes wrestles with important business decisions that don’t matter a damn to the audience. Meanwhile, Martin Sheen, Alec Baldwin, Oliver Platt and Steve Coogan have just enough screen time to make us wonder how substantial their roles might have been in earlier cuts.

I wish I could find something encouraging to say about this movie. Beatty’s made some great ones over the decades, and I went into Rules Don’t Apply expecting, at the very least, something that worked on its own terms and had a point of view.

Instead, I got a garbled vanity project from someone who seems to have forgotten even the most basic elements of storytelling. It breaks my heart to say so, but this is terrible.