NOW MagazineMusicFeaturesSacrifice owes it to Inertia

Sacrifice owes it to Inertia

"We wouldn't even be playing again if it weren't for Noel [Peters] from Inertia," says Toronto metal pioneer Rob Urbinati 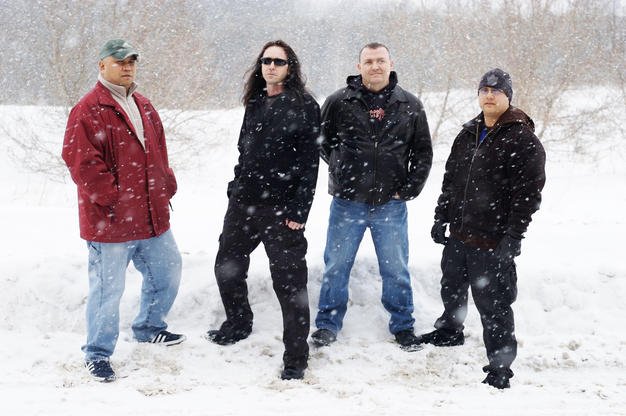 When the only dedicated heavy music concert promotion company in town turns 20, it makes sense that Toronto’s top headbanging music-makers would clamour to take part in appreciation.

But there’s another reason behind Sacrifice‘s headlining spot at Inertia Entertainment‘s anniversary show.

“We wouldn’t even be playing again if it weren’t for Noel [Peters] from Inertia,” says vocalist/guitarist Rob Urbinati over the phone from his Toronto home. “He got the band back together in 2006 for a one-off. And after it was over, we didn’t want to stop.

“There was no one else who would’ve done that for us. We feel indebted to him.”

That reunion show, which saw the original lineup of Toronto’s pioneering thrash band reconvene for the first time in way over a decade, led to the making of Sacrifice’s fifth album, 2009’s The Ones I Condemn, which earned acclaim from fans and critics alike. How’d they pull off something so good after so much time away?

“We felt a massive creative jolt when we got back together,” Urbinati explains, acknowledging that due to the music’s demanding complexity and physicality, it took some time to re-find their groove. “And we didn’t feel the need to change. If anything, with that album we almost felt a need to regress back to the stuff we used to listen to. To that aggression. To that ferocity of early thrash metal or whatever you want to call it.”

Another reason for celebration? Saturday’s show will be their first in Toronto in seven years. With members living in Toronto, Vancouver and Detroit, regular rehearsals just aren’t in the cards.

Urbinati admits there’s not a whole lot else going on with Sacrifice at the moment: “We keep one foot in the music world but have families and jobs. Pretty boring lives, honestly.” He says they’ll head into the studio only if they write a bunch of songs that live up to their own expectations.

“Until we get to that point, I don’t think we will. If it happens, it happens. If not, we’ll still have released five decent albums.”

Besides, he says, they were never a band with blue-sky career goals.

“When we started [in 1983], this music was so extreme. We were what you’d consider the most hard, death, grind band today. Because of the music we played, our sights weren’t that high. Bands like Metallica and Slayer, nobody ever imagined they’d be where they are today. You couldn’t fathom that.

“Some bands as they get older still have the fire to make it. We just don’t,” Urbinati laughs. “But we still love doing this and challenging ourselves. It’s got nothing to do with money. If you’re in this for money, thrash metal isn’t the way to go.”