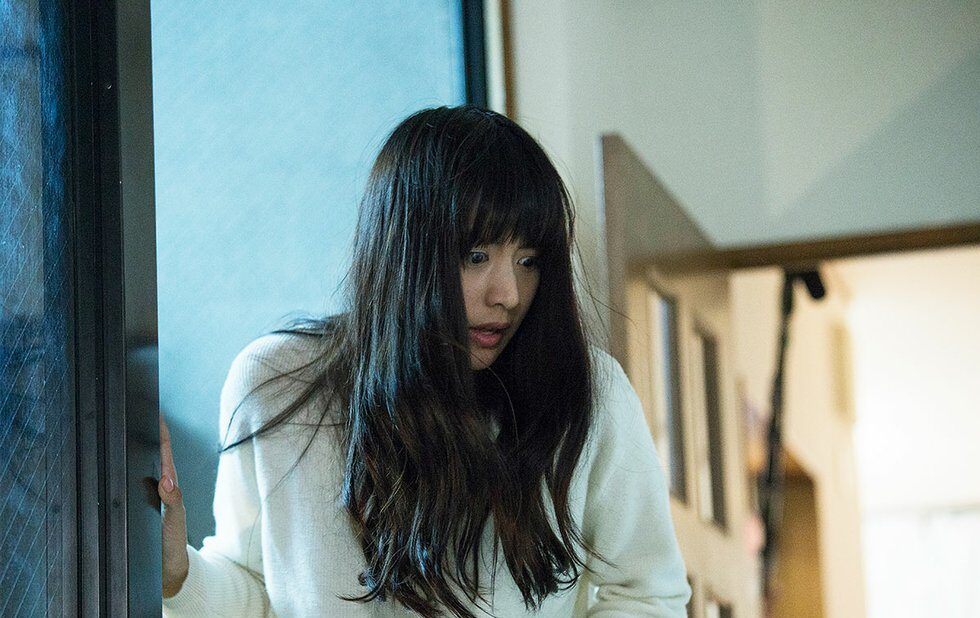 Two franchises beloved by horror fans are brought together in this year’s Midnight Madness closer, which finds a way for the demons of the Ring and Grudge films to square off over the souls of their chosen victims.

Writer/director Shiriashi (Grotesque, Occult) doesn’t have to work too hard to knit the two franchises together: both have long functioned on the same template of innocents blundering into being cursed and then being stalked by vengeful spirits. Here, the poor suckers are two college friends (Mizuki Yamamoto, Aimi Satsukawa) who watch that weird VHS tape, and a younger girl (Tina Tamashiro) whose family has moved next door to the haunted Saeki house.

In an unexpected twist, the buildup to the confrontation is more interesting than the confrontation itself, with Shiriashi throwing some intriguing ideas around as his heros speculate on possible ways to break the curse. Sadako and Kayako themselves remain as one-dimensional as ever they’re just angry killing machines with no real personality or depth, so the finale is a bit of a fizzle.