San Fermin at the Garrison 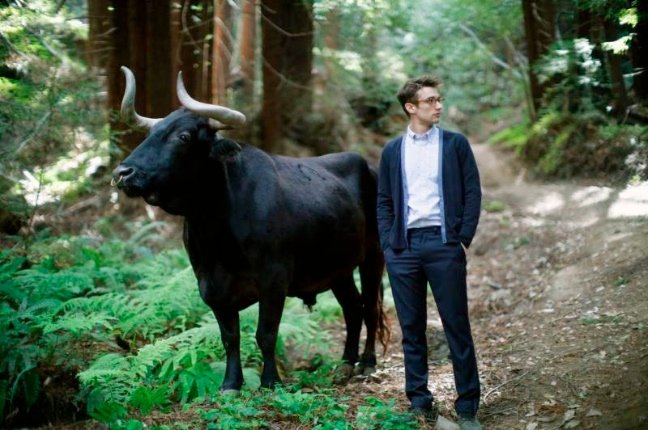 San Fermin is the brainchild of 24-year-old Ellis Ludwig-Leone, a Brooklyn-based songwriter who studied composition at Yale and composed the group’s self-titled debut album during a Banff Centre residency. It’s a meticulous and romantic work of baroque pop, full of complexities and counterpoints – emotional and musical – that grapple with the kind of post-collegiate existential quandaries familiar to fans of Frances Ha or Girls.

His millennial optimism proved infectious at the Garrison, where San Fermin won uproarious cheers with swelling crescendos, swooping choral harmonies and go-for-broke sax solos. Whittled down to eight players from the album’s 22, the band looked cramped onstage but didn’t sound it. Ludwig-Leone held court from the side of the stage on keyboard, ceding the spotlight to suave baritone Allen Tate and freewheeling soprano Rae Cassidy.

Tate is a mannered and precise vocalist compared with Cassidy, who added some R&B swagger to her operatic range. Their interplay was a microcosm of Ludwig-Leone’s primary challenge: infuse the album’s tightly arranged interlocking parts with rock ‘n’ roll looseness. The band sometimes sounded a bit too loose, but made up for it with unwavering showmanship and energy during the hour-plus set that included album cuts, new material and a cover of The Strokes’ Heart In A Cage.