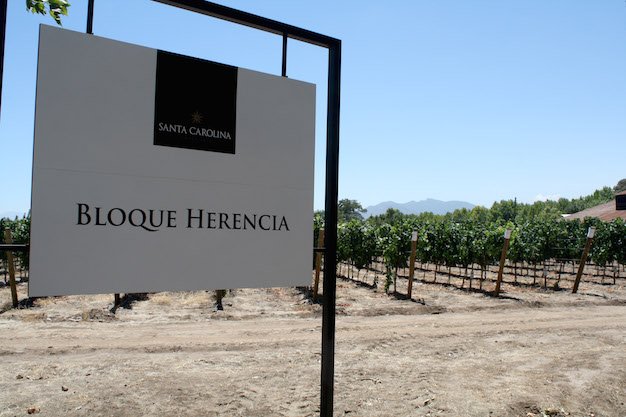 Long before it reaches your glass, wine’s flavour begins with cultivation techniques out in the vineyards. They can vary widely depending on each winery’s tradition and goals. And while it might be tempting to just work with the grape vines that grow easiest in a given vineyard and climate, some wineries are making efforts to reach into the past to offer a more satisfying and memorable wine-drinking experience.

Chilean winery Santa Carolina is making efforts to turn part of its vineyard into a place of innovation and discovery. Its primary project in this area is known as Bloque Herencia (roughly translated as “heritage block”), which is focused on restoring the health and productivity of a number of grape vines from around the world that were nearly annihilated by a vine pest known as phylloxera.

Many of these vines produce grapes that either don’t exist in Chile yet or are very rare, such as Alvariño, Grüner Veltliner and Corvina Veronese. Each successfully restored and cultivated grape vine provides an opportunity to strengthen the diversity and resilience of Chilean wine grapes, which have suffered due to commercial cloning for the sake of expedience and reducing costs.

“Bloque Herencia is a long-term project,” says Andrés Caballero, winemaking director of Santa Carolina. “It needs to be so, because compiling the kind of accurate information we seek takes time.”

They are pioneering this process in Chile, having already moved over 1,100 century-old vines by hand from Colchagua to a new winemaking habitat in Totihue, Cachapoal. “Not only are we bestowing a heritage for our country and wine industry because of the grapevine material obtained through the project,” says Caballero, “but we are also helping increase the dependability of nurseries’ vine material supply.”

This program is led by Caballero and a team of university professors, viticulturalists (grape growers) and enologists (wine scientists). 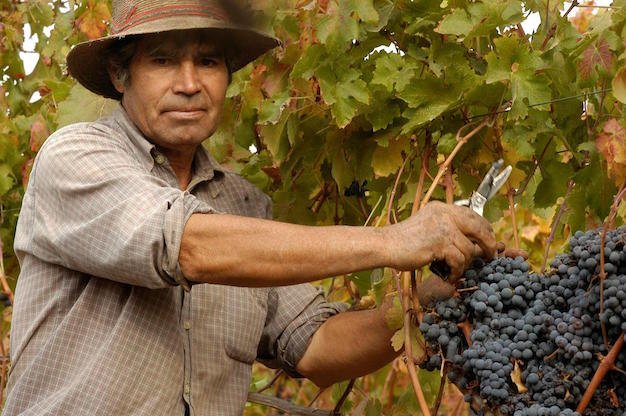 Could Bloque Herencia introduce wines that are not currently available from the Chilean wine industry? “Certainly,” says Caballero. “As a matter of fact, that is precisely what we are doing.”

Along with re-introducing pre-phylloxera grape vines in Chile and rescuing over 70 selections of old vines from elsewhere in the country, Santa Carolina is also able to crossbreed varieties at the seed level. The DNA of each selection of vines is analyzed individually and cultivated to coax out its potential to thrive. Imagine being able to walk into your local LCBO and picking up a bottle of wine made from a Chilean blend of Sauvignon Blanc and Muscat grapes, or Sauvignon Blanc and Fiano.

To date, the team has seen over one thousand different plants produced in crossbreed varieties. “Our goal is to produce two to three plants of each variety,” says Caballero.

The team at Santa Carolina doesn’t simply re-plant these old vines and hope for the best. The process goes much, much deeper and is rooted in the science of wine.

“We have worked at genotype and phenotype level,” says Caballero. “We have conducted chemical analyses and micro-vinifications, and produced a lot of material that supports the findings obtained. The genetic material we have selected for Bloque Herencia is sourced from vines of outstanding characteristics, which we intend to preserve.”

The process for rescuing each vine begins with identifying old vineyards of interest and searching for plants worthy of recovery. Then Caballero and his team put these plants through virus analysis and successful plants are propagated through planting. Finally, they look at the quality of the fully grown plants’ potential for making a product worthy of the global wine market.

“The differences between the vintages of 2012 and 2013 were vast,” says Caballero. “But despite this, the wine from old vineyards like Chacra Cenetario from both years are profoundly similar. It’s as if the vines are communicating – they are all different but they adapt constantly as if to compensate for each other’s shortfalls to make the same distinctive and elegant wine, year after year.”

While it may take some time before Toronto wine lovers get to taste the wine grown from Bloque Herencia grapes, Santa Carolina‘s investment in the history, diversity and future health of wine could inspire similar efforts from wineries around the world.

Visit the What to Drink NOW Digital Residency to discover the best of Charton Hobbs brands like Santa Carolina plus event listings, NOW features and a chance to win a trip to Chile!