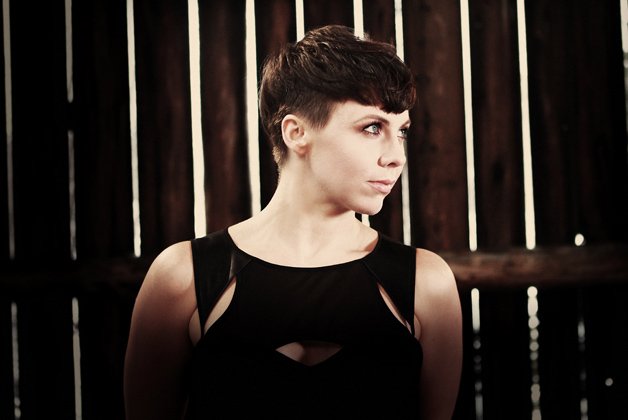 The Montreal violinist is launching her first album, Hero Brother (Constellation), amidst an early hype blitz for another project she’s intimately involved with: the upcoming Arcade Fire album.

Arcade Fire isn’t her only other gig – she’s also a member of the Luyas and Bell Orchestre – but it has the highest profile by far, which means she’s forced to field questions about street art marketing campaigns, Spike Jonze scores and James Murphy production gossip while promoting her album of solo violin music. It also means she’ll be on the road twice as long.

She admits she intended to get Hero Brother out earlier to avoid the close shave, but Neufeld, who co-owns a Moksha yoga studio in New York City, is a pro at handling stress.

“You have to realize that when it rains, it pours and just be grateful for the work,” she says over the phone from Vermont, where she’s taking a mid-tour working holiday. “Relaxing probably comes later.”

Neufeld’s ornate instrumental compositions are worlds away from Arcade Fire’s arena indie rock. That shouldn’t come as too big a surprise for attentive AF fans between Neufeld, Richard Reed Parry, Colin Stetson and Owen Pallett, the band is full of musicians who walk the line between modern classical, post-rock and avant-garde.

“I think people who find out about me through that doorway and enter in to listen are the kind of people open not just to rock bands, but also maybe to solo violin music,” she says. “A lot of people have wider tastes than they might think. Sometimes we give things boundaries where there don’t have to be. It’s all just music.”

You can hear that open-mindedness on Hero Brother, which blends classical composition, Steve Reichian minimalism and driving rock momentum – impressive considering it was created with just her violin.

Neufeld recorded in Berlin with noted piano composer Nils Frahm, whose unusual mic techniques and textural experiments bring ethereal, ambient variety to Neufeld’s singular palette. Between sessions in a “massive orchestral recording hall,” they also recorded bits and pieces in places with natural reverb: a train station, a parking garage and a geodesic dome they had to sneak into.

“I love recording in places with their own extreme properties because you hear the music so differently. It’s not just being created inside of a computer or a hardware unit. It’s couched in an otherworldliness I absolutely adore.”

Sarah Neufeld explains how physical fitness and yoga has helped her as a performer.

Neufeld is also an avid meditator. Here, she explains how that feeds her music.

Neufeld’s partner is the saxophonist Colin Stetson. Here, she shares how they influence each other as artists.