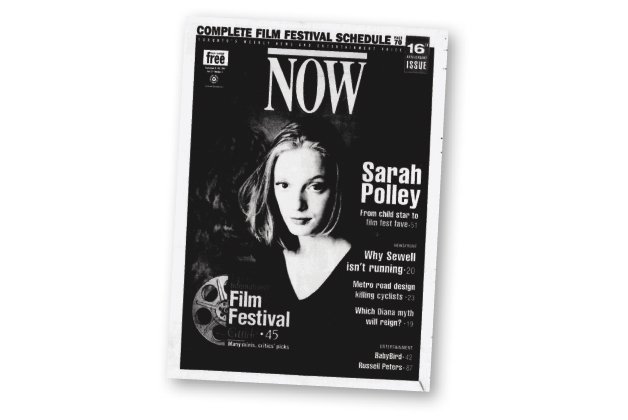 Talk about a triple threat. Sarah Polley came to Toronto’s 1997 film festival in not one, but three films – The Sweet Hereafter, The Hanging Garden and The Planet Of Junior Brown. NOW talked to her when she was an 18-year-old acting sensation (page 51 of the issue). Now she’s a triple threat of a different kind: director, screenwriter – Oscar-nominated for her adaptation of Away From Her – and, most recently, documentary filmmaker. Her new doc about family secrets, Stories We Tell, was a critical smash at this year’s TIFF. It opens in theatres this week. For an interview with Polley, see page 66.

Travel back in time with NOW’s online archives. Viewer online at nowtoronto.com/archives