NOW MagazineNewsSarah Thomson on Rob Ford: “I thought he was” on cocaine

Sarah Thomson on Rob Ford: “I thought he was” on cocaine 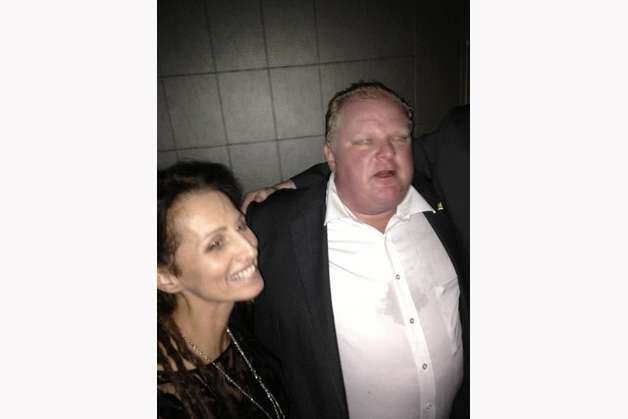 Sarah Thomson is speculating that Rob Ford may have been on cocaine when she alleges he grabbed her rear end and made lewd comments to her.

The alleged incident happened at a party for the Canadian Jewish Political Affairs Committee last Thursday night, and has sparked a war of words between Mayor Ford and Thomson, who ran against him in the 2010 election.

On Kiss 92.5’s The Roz and Mocha Show Monday morning, the hosts asked Thomson whether she thought Ford was on cocaine that night.

She said that after the alleged incident she looked up the symptoms of cocaine intoxication online and they matched Ford’s behaviour. “Sweaty, talking quickly, out of it, arrogant. All these things were on there,” she said.

Thomson, who is the publisher of Women’s Post magazine, also challenged the mayor to take legal action against her if he believed she was being untruthful about his allegedly being under the influence of cocaine or “some other substance” at the event.

Reached by phone Monday afternoon, Thomson confirmed she could not substantiate her allegation of possible cocaine use.

“I have no proof. It’s just my opinion,” she told NOW.

Thomson’s comments on Monday were more specific than ones she made last week. In interviews following her groping accusation, she told reporters that Ford was behaving erratically at CJPAC event, and she believed he was “on something.”

In one interview, she said she thought Ford might have a “substance abuse problem” but later said she shouldn’t have made the statement because she was not certain it was true.

Ford has categorically denied that he touched Thomson inappropriately or made a pass at her. In a statement released Friday, the mayor called those allegations “absolutely, completely false.”

The statement did not address Thomson’s claims that the mayor was “on something” however.

On his own radio program Sunday, Ford suggested Thomson was unbalanced and accused her of “mak[ing] up stories.”

“I don’t know if she’s playing with a full deck,” he said.

Ford’s office did not immediately respond to a request for comment Monday.

But in an interview with Newstalk 1010 Friday, the mayor’s chief of staff Mark Towhey, who was at the CJPAC event, was asked whether there was any indication that Ford was “drunk or altered” that night.

“No,” Towhey said. “He didn’t drink anything that night except three or four glasses of water and a bottle of water that I brought him.”

Towhey was also asked about Thomson’s initial claims that Ford might have substance abuse problem.

“I don’t know anything about that,” Towhey responded. “All I can tell you is what I saw [Thursday] night.”

Towhey offered this explanation of the mayor’s appearance: “It was hot, he was sweaty, he was surrounded by people. It was a very loud environment.”

Update 9:35 pm: This article has been edited to include an interview with Sarah Thomson conducted Monday afternoon.