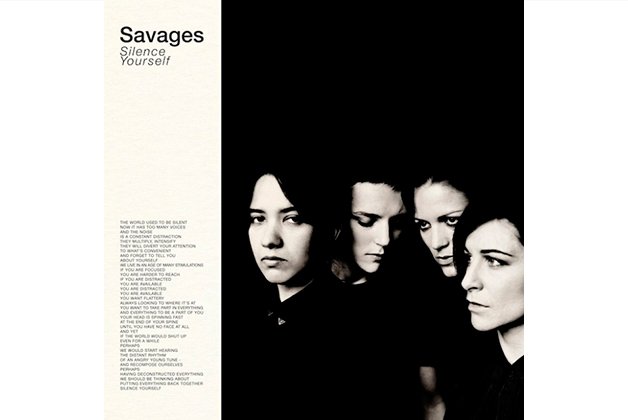 “Love is the answer” is the mantra that kicks off London quartet Savages’ second album. That sounds like something out of the early disco era, when underground music reacted to the conservatism of mainstream rock with radical inclusivity.

In 2016, rock musicians are perpetually recycling ideas, and another song on Adore Life seems more appropriate for the times: I Need Something New. But to deliver these optimistic messages, Savages – a band fond of manifestos – have streamlined the psychological terror and raw-and-live aesthetic of their debut into studio productions reminiscent of commercial radio rock of the 90s.

What hasn’t changed is the thrilling intensity with which the band attack every song. Jehnny Beth’s melodies might be bigger, but the singer still sounds like she’s squaring off against a hurricane on the bow of a ship. Hard-fought optimism fuels the political fury behind Savages’ buzzing aggression (timely given the momentum behind progressive political movements), but now the manifesto is delivered via more familiar, accessible sounds.

Top track: I Need Something New