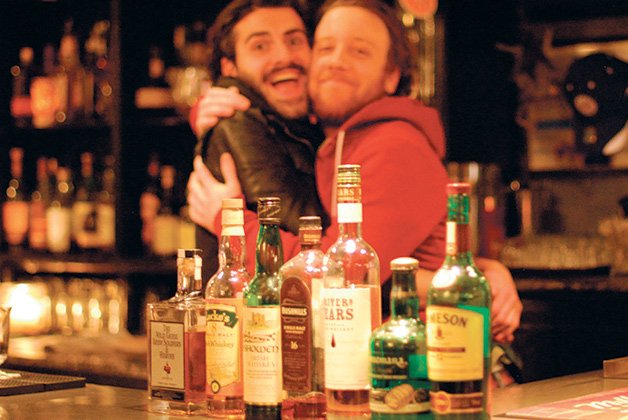 Just one of many reasons why I love the Irish: they’re credited with the invention of the liquid Jesus widely known as whiskey.

The origins of the spirit can be traced back to the Emerald Isle, where distillation may have taken place as early as the 12th century. In fact, the etymology of the word “whiskey” comes from the Gaelic “uisce beatha,” meaning the water of life. Amen.

Over a century ago, Irish whiskey was one of the world’s most consumed spirits. Then a series of misfortunes – war, temperance, economics, the usual malaise – stunted its popularity and almost crushed the category. Somehow, Irish whiskey’s triple-distilled approachability has been misinterpreted as spinelessness.

But no one’s ever accused the Irish of having no backbone without facing a furious fight. Irish whiskey has lifted itself from the dust and made an astonishing comeback the category is soaring as one of the world’s fastest-growing spirits sectors.

A quick glance around Toronto bars lends insight into this fad: Jameson, the market leader, has become the drink of choice for bartenders and college kids alike, adored for its smooth fruit and characteristic oiliness.

Pot still whiskies (an Irish signature) are currently produced in a small handful of distilleries, yet a range of unique and flavourful whiskies are spilling out of Ireland – from the peated Connemara line to more recent releases like Writers Tears and The Wild Geese Irish Soldiers & Heroes.

Now that you’re good and thirsty, here’s where to lap up the Irish: