And he's staying here, too 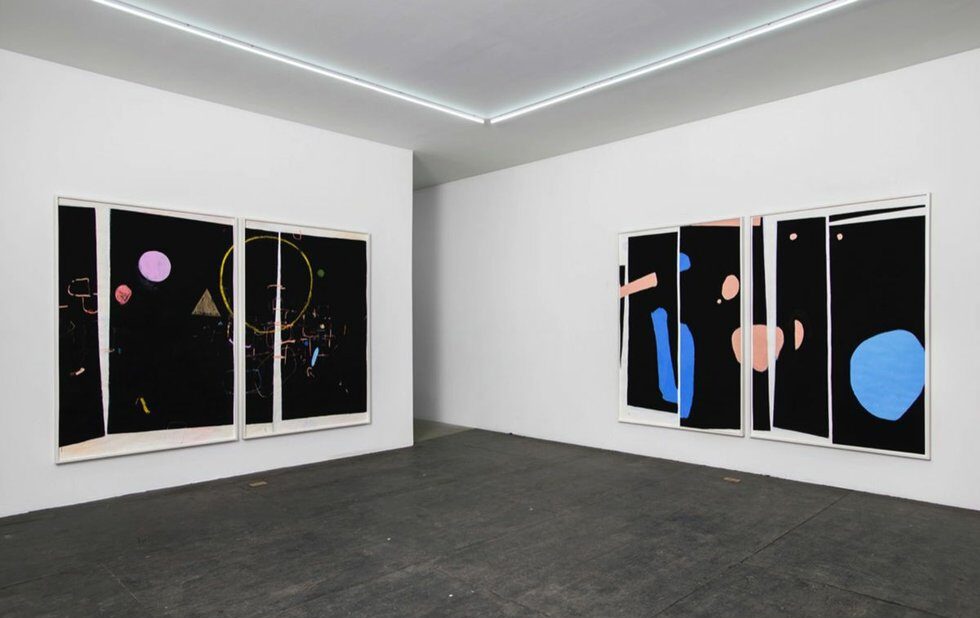 You’d think a homegrown artist who’s hung out with Malcolm McLaren, Derek Jarman and Genesis P-Orridge and shown all over the world – including Paris and New York City – would’ve had a solo show in Toronto by now.

But Scott Treleaven is launching his first solo exhibition here this week.

He’s finally embracing what he calls “the increasingly rare human ecologies” of his readopted home.

“Toronto has totally unique integrations of different cultural, intellectual and creative communities. Anyone who’s lived here for a while knows how lucky we are,” he notes inside his studio.

Treleaven built his career aligning the subversive potential of mysticism and the occult with queer politics and art. The abstract artworks on paper in this exhibition are something of a departure for him, but he sees these luscious, deeply pigmented works as a natural extension of his interests, placing him in a tradition of mystic abstraction from Wassily Kandinsky to the rediscovered Hilma af Klint.

Treleaven’s bio is crammed with fascinating personal and professional encounters. There’s the meeting with McLaren in Paris, for example, or a big-name production company’s desire to make a mainstream feature based on his “queer pagan punk” zine/film The Salivation Army. That project foundered on the utter daftness of the film company’s vision, which sought to replace his gay teen protagonists with straight leads.

After taking a break from film studies at York, he moved to London in 1991, where he had a chance encounter with Jarman.

Treleaven’s filmography is very rich: Queercore: A Punk-u-mentary Gold, a collaboration with British provocateur Genesis P-Orridge. But it was Jarman who urged him to focus more on visual art, a bold move that’s resulted in a very successful career.

After eight years living in Paris and New York with his partner, the painter Paul P., Treleaven is back in Toronto for what he believes will be an extended stay.

As to why he’s finally getting a solo exhibition here now, he thinks the city’s art scene has expanded its horizons in recent years, sparking a “vital, real-time dialogue that’s bringing artists-in-exile back into the fold.”

It’s a shift that reflects Canada’s changing, more engaged position in the world.

Lorna Mills Mills works with the net and new media. The Whitney Museum recently purchased her multi-artist compendium Ways Of Something.

Karen Lofgren The OCAD-trained sculptor now works out of L.A.