On Monday, the Public Works and Infrastructure Committee will consider a staff report recommending the removal of the pedestrian scramble. 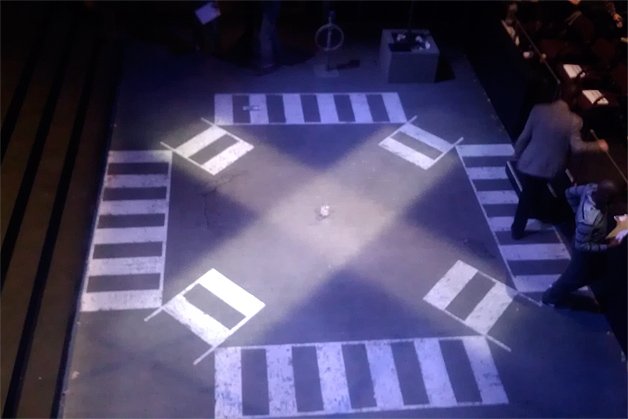 On Monday, the Public Works and Infrastructure Committee will consider a staff report recommending the removal of the pedestrian scramble at the Bay and Bloor intersection. Given that the local business improvement area and residents association both support the measure, the committee will vote overwhelmingly in its favour. Council will make a final decision at the end of March.

And if you read the report [pdf], transportation staff actually make a pretty decent case for this course of action, with charts and graphs and a generous amount of data backing up their argument that this particular scramble has offered minimal benefit to pedestrians but had a significant negative effect on motorists. Staff weighed it as an unacceptable trade-off.

Yet they also point out that their own polling showed the scramble to be popular across the board: an October 2011 survey of the intersection’s users found 89 per cent of pedestrians, 85 per cent of bus riders, and 75 per cent of drivers supported the “pedestrian priority phase,” which had been in place for a year. And a July 2013 public consultation found opinion was “evenly divided” as to whether Bay and Bloor should be turned back to a more conventional intersection.

(To answer the obvious question: staff thought about scheduling the scramble so that the pedestrian phase would only occur in certain hours but decided against it. As they explain in an appendix to the report, pedestrians might get confused, creating potential safety and liability issues. But more importantly, pedestrian demand and motorist delays are both at their highest during the afternoon rush hour, meaning that there’s no obvious time to switch off the third phase.)

It makes sense that a road should balance the needs of its users. But as graphic designer Alexander Arvelo McQuaig argues in a letter to the Works committee, imagine if all intersections were evaluated that way? The city would be a paradise for pedestrians and cyclists.

With Arvelo McQuaig’s permission, his letter is republished here: