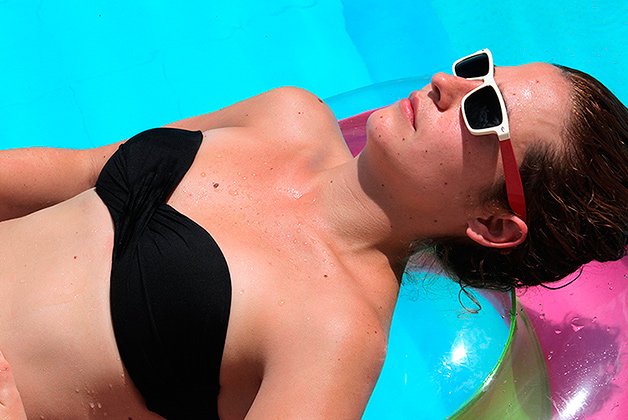 Maria Serrano will float your boat in Senoritas.

Toronto filmmaker (and TIFF publicist) Lina Rodriguez makes her feature debut with an assured, beguiling look at the minutiae of being a young, single woman in Bogota.

Senoritas stars a remarkable Maria Serrano as Alejandra, a 20-something engaging in activities familiar to most young women: trying on clothes, putting on makeup, drinking, flirting, maybe having sex… and starting the routine over.

There is nothing in the way of overt drama, making it questionable whether all these intimate moments add up to anything. I can’t say I have the answer to that, but I had a fine time doing the math because the variables are so intriguing.

With tight framing and disorienting rhythms, Rodriguez and her talented star infuse every scene with a naturalistic intensity and a whiff of mystery. We’re constantly wondering what Alejandra is thinking and feeling, and even the most mundane activities and conversations are prone to invite jealousy, fear, insecurity and pre-adult takes on existentialism.

If Richard Linklater’s Boyhood reminded us how terrifying it could be to take a leak in high school, Senoritas explains how your identity could hang in the balance (or so it seems) when deciding what to wear to a party.