NOW MagazineCultureComedySecond City goes to the dark side with Come What Mayhem!

Second City goes to the dark side with Come What Mayhem! 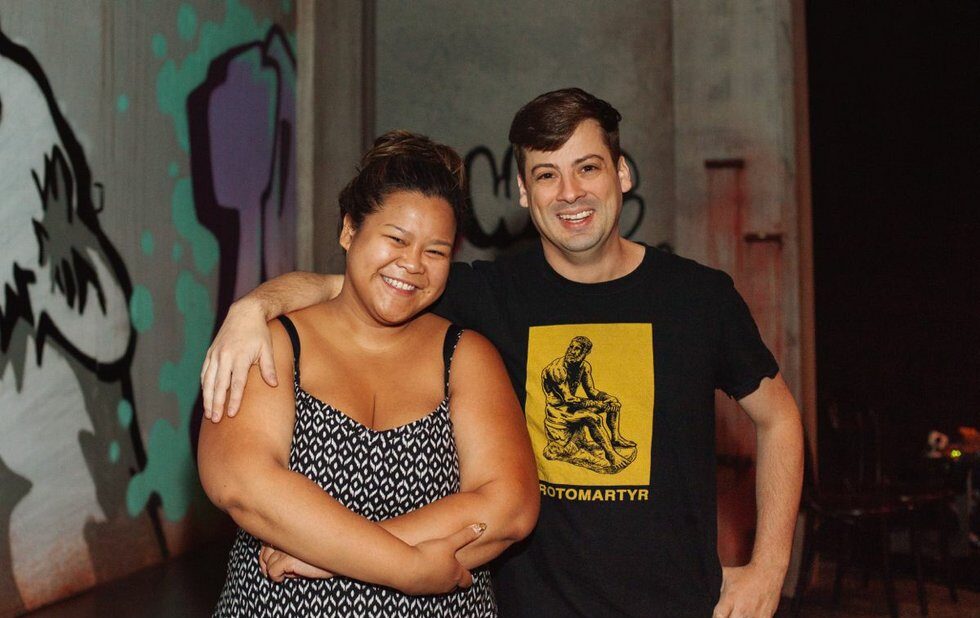 For a change, the punny title of Second Citys new sketch revue actually has a point.

Come What Mayhem! was developed during one of the most tumultuous periods in recent history, with terrorism and mass murders abroad and rampant police shootings south of the border, Black Lives Matters protests and womens abuse allegations being dismissed in courts.

When we were writing, wed show up, and there was this weeks-long stretch when there was something horrendous happening almost every day, says Roger Bainbridge.

Wed look at each other open-mouthed and ask, Is this actually happening? This isnt funny. How in gods name do we make this funny?

But Bainbridge, one of four new mainstage cast members, thinks theyve found a way. There will be laughs, he says, but there will also be uncomfortable moments when the audience questions whether its okay to laugh.

Comedy should be unsettling, but thats okay, because there are unsettling things happening in the world, says the writer and actor best known for his work with Tony Ho, a troupe definitely familiar with comedys dark side.

New member Ann Pornel, whos an Asian-Canadian woman of size, is especially proud of one of those is-it-okay-to-laugh sketches.

Its a scene Ive always wanted to do, one Ive never seen done at Second City, she says. Its about saying the word fat and how thats not allowed, even though if I am fat why cant I say it? You can feel the audiences discomfort, and in the end theres some release for them. The whole joke is flipped on its head.

Pornel, who logged five years with comedy troupe the Sketchersons before joining Second Citys TourCo and then making mainstage, feels lucky to be able to bring this kind of comedy to a broad audience.

Were getting a chance to talk about xenophobia, Islamophobia and Black Lives Matter, she says. Where else in live theatre in Toronto does an actor get to do that?

The fact that Tony Ho, the Sketchersons and Pornels other sketch troupe, the Flirty Boys (which consists of women who mimic macho guys), normally play alternative clubs like Comedy Bar and Bad Dog means theyre often aiming their jokes at people with pretty liberal politics.

But with the Second City audience, says Pornel, you might have people who dont necessarily think like you. They might think, Oh yeah, racism doesnt exist. And were here to say, Oh yes, it is very much in existence.

Besides sporting one of the more diverse mainstage casts in recent memory new company member Brandon Hackett is Black the Second City is currently making history. The shows director is a woman (Heffernan), and so is the touring companys (Leslie Seiler) and the house companys (Karen Parker). Second Citys education company is being directed by alum Nigel Downer, whos African Canadian.

All of that, especially having a woman at the helm, feeds into the product onstage.

Theres a difficult scene in the show that deals with sexual assault, says Pornel. I dont know how it would have been handled by a different director. But with Carly we are able to really hit hard because, as a woman, shes coming from a place of knowing what it feels like to walk down a street and not feel safe.

Pornel wants to land her jokes, of course, but as a fanatical Jays fan she also wants Second Citys neighbours from the Rogers Centre to see the show. A few weeks ago Kevin Pillar was in the audience and she cried in the green room for five minutes.

If Jose Bautista or Josh Donaldson or Devon Travis came, Id be hysterical, she says. I want all the Jays to come. I want to collect them like Pokemon.