See Scott Pilgrim vs. The World with NOW – for free!

Join us for the first 2016 installment of our free monthly screening series. 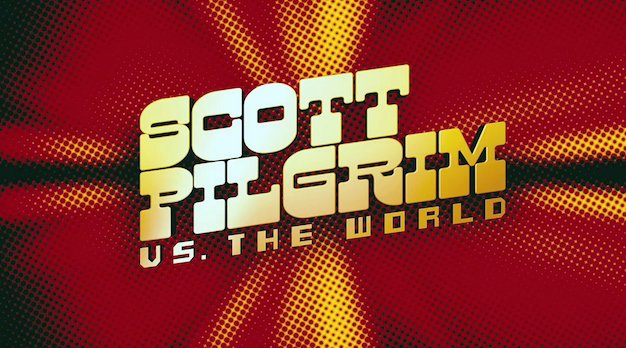 Edgar Wright’s 2010 comedy, based on Bryan Lee O’Malley’s graphic novel series, marked an important moment in the mainstream rise of lovable wimp Michael Cera. Cera’s unique brand of mumbly on-screen awkwardness made him a star as an incest-curious teen on Arrested Development, which led to his 2007 feature film roles as Juno’s charming-but-weird baby daddy and Superbad’s college-bound virgin.

By 2010, most of us had a good hunch for what a ‘Michael Cera movie’ would look like, and that’s why the exciting and stylish storytelling in Scott Pilgrim vs. The World came as such a welcome surprise.

Having built a loyal audience of irony-fluent geeks with Shaun of the Dead and Hot Fuzz, Wright was a proven director who could tell a story at a breakneck pace – using an abundance of smash cuts and sight gags. In Scott Pilgrim vs. The World, we get to see what happens when his filmmaking style meets a Comic-Con sensibility and a Hollywood budget.

Fans of the film and anyone who hasn’t yet seen Scott Pilgrim vs. The World are invited to our first 2016 installment of NOW’s Free Flick Mondays at The Royal. And if the phrase “free movie” isn’t enough to get you out to the theatre on a Monday night, NOW’s Senior Film Writer Norm Wilner will be there to introduce the film!

Still want more? How about free popcorn to the first 100 guests, courtesy of The Royal? Doors open at 6:30 pm and the film starts at 7:30pm. Seats are available on a first come, first served basis.

We’ll see you there!