Seth Rogen takes a career u-turn, producing and starring in 50/50 Just your average comedy about friendship, life and... cancer 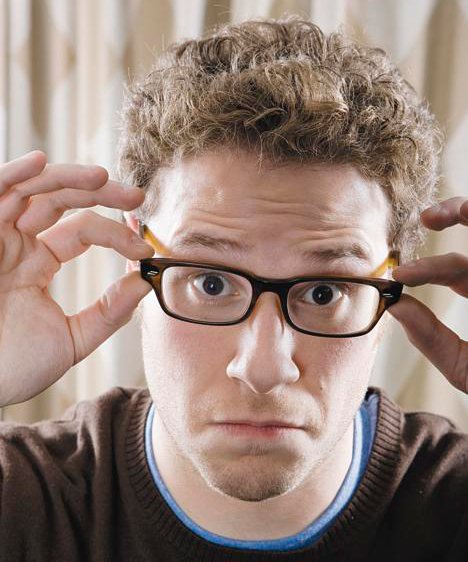 Seth Rogen has always looked to his own life for material – first as a teenage stand-up, then as a screenwriter, mining his friendship with writing partner Evan Goldberg for Superbad. It was easy. But 50/50 is different.

His new film, getting its world premiere at the Toronto Film Festival, cuts closer than usual. It’s a fictionalized version of the experience of Rogen’s good friend writer Will Reiser after he was diagnosed with a cancerous tumour on his spine. Joseph Gordon-Levitt plays the Reiser character, Adam Rogen plays Adam’s best friend, Kyle, who is, essentially, Seth Rogen.

Rogen, who also produced the film with Goldberg, says helping Reiser turn his story into a screenplay was strangely therapeutic.

“It took inviting other people into the process, like getting a director and actors and stuff, to really understand what had happened,” he says from Los Angeles, his thoughts frequently punctuated by that distinctive nervous giggle. “To understand what Will went through – to understand why he did the things he did and why I did some of the things I did.

“It just took a while for us to be able to be honest with ourselves about what had happened. Once we realized that was the key, it was kinda easy. ‘Let’s just try to be as honest as possible about what actually happened or would have happened in this situation.'”

The trick was to be honest about Reiser’s cancer odyssey – and still be funny. It’s one thing to write an irreverent scene about trying to pick up girls after a round of chemo it’s another to make it play that way on film.

“There’s a big margin for error on a movie like this,” he admits. “A bad cancer comedy’s like the worst fuckin’ thing on earth, and we were all very aware of that. I’m just so impressed by how everyone [on the production] got it.”

Staying true to the project meant working on a smaller scale than Rogen and Goldberg had done in a while. Their movies have ballooned over the years, from the modest-budgeted Superbad through the more ambitious Pineapple Express to would-be blockbuster The Green Hornet. (Yeah, we’ll get to that.)

“Honestly, this is more the blueprint of how we wanna be working from now on,” he says. “No one got paid anything. It was just something we all believed in and thought we could do well and wanted to try to do our own way.

“It was a lot more gratifying than a lot of the big movie experiences we’ve had. We knew a studio probably wouldn’t make a movie like this the way we wanted to make it, and as much fun as it is to try to do things differently creatively, I think it’s fun to approach things differently when it comes to the business side as well. You can get away with a lot more and attract a lot more talented people because there’s less bureaucracy involved.”

50/50 isn’t the only film Rogen is accompanying to this year’s Film Festival. He’s also in Sarah Polley’s Take This Waltz, where he plays the distracted husband of a woman (Michelle Williams) contemplating an affair.

“I thought it was really an amazing movie,” he says, “very creative and artistic. I’ve only seen it once I kinda need to see a movie more than once if I’m in it. The first time, I’m just distracted by myself the entire time. But I had an amazing time making it, and Michelle, Sarah Silverman and Sarah Polley are some of the absolute most talented people I’ve ever worked with. I’m curious to see how people react to it.”

Rogen says shooting with Polley was a novel experience.

“It was an interesting mix of being very meticulous with the lines and being incredibly improvisational,” he says. “There were some scenes where she’d want it done pretty much word-for-word, like she’d written it, and there were times where she’d let the camera roll for 20 minutes and just tell Michelle and me to act like a married couple who were setting up for a party.”

Rogen’s shift to smaller, more independent-minded work comes on the heels of his co-writing, producing and starring in The Green Hornet, a $120 million superhero action-comedy that was, to be delicate, not exactly the triumph it needed to be.

“I don’t want to point any fingers at anyone other than ourselves,” he laughs. “Evan and I just do much better in an R-rated world, to be honest. What was missing was the word ‘fuck’ around 45 times.”

Maybe they should have called their new movie Fuck Cancer, I say.

“There was a time when we considered using something like that in the marketing material,” Rogen says, “but we didn’t want to seem insensitive, I guess.”

Then again, insensitivity is essential to a project like this. The frankness and sideways humour – and the casting of Anna Kendrick as Adam’s rookie therapist – helps 50/50 avoid the pitfalls of melodramatic weepers like Dying Young. Did Rogen and Reiser worry about not treating the disease with the proper gravity?

“I think once you go through [cancer], you realize how insensitive toward it you become,” he says. “You start to feel actually very resentful of it, and the idea of treating it like this precious thing that can’t be talked about becomes ridiculous, you know? I think people who haven’t had any experience with it are very defensive and worried – and again, most of these people haven’t seen the movie. They’re the ones who assume the movie’s a lot more insensitive.”

Stand-up is similarly good for confronting taboo material, and the best comics can make their personal stories universal. Did Rogen’s stand-up roots inform his decisions on 50/50?

“You know, when I started doing stand-up I was 13 years old,” Rogen says. “There was no way I was funnier than everybody else, but I was going through a different experience than everybody else [onstage]. I remember even at that time realizing that I shouldn’t try to tell jokes about ‘What’s the deal with the missing sock?’ because I don’t give a fuck about the missing sock. I should tell jokes about trying to finger-bang girls, cuz that’s all I’m thinking of.

“I found I had much greater success the more honest I was and the more I talked about the stuff I was actually going through in my life. I think with movies we found the exact same thing. The more honest we are, the more they directly relate to what we’re going through.”

Finally, the most important question of all: how’s Reiser doing these days?

“He looks better now than he ever has,” Rogen says. “He eats healthier than anyone you’ve ever seen in your life. It’s unbelievable.”

Rogen on the difference between studio and indie filmmaking:

Rogen elaborates on the problems with The Green Hornet: