As an advocate I've been trained not to betray emotions to the media, but I'm optimistic about Trudeau's new justice minister, Jody Wilson-Raybould 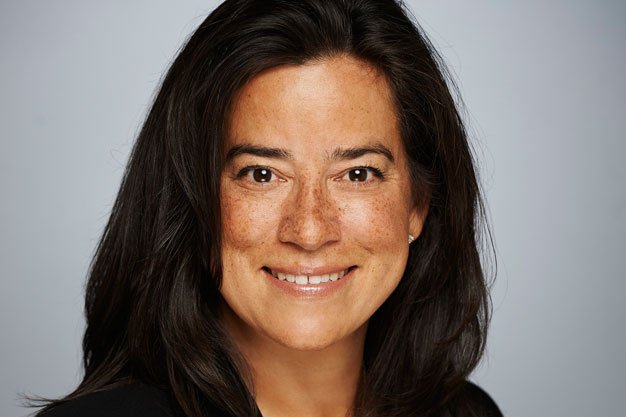 Wayne C. Booth was an American literary critic who may be best known for his book The Rhetoric Of Fiction. I am familiar with Booth for only one reason: he coined the term “unreliable narrator,” defined as a speaker whose credibility is dubious. This is a status with which I am very well acquainted as a sex worker.

You can imagine, then, when you’ve been positioned as an unreliable narrator for so long, what it’s like when people do believe you. We might define this as the Stockwhore Syndrome.

As sex workers, many of us have fought for those who’ve been exploited both in and out of the industry to have agency and legal recourse and be considered experts in their own lives. We have worked hard, no matter how exasperated we felt, against having our work conflated with trafficking for the purpose of sexual exploitation. Last year we were rewarded for those efforts by having our work criminalized in Canada by the former Harper government under Bill C-36: The Protection Of Communities And Exploited Persons Act.

Now our new prime minister, Justin Trudeau, has appointed Jody Wilson-Raybould, an aboriginal woman and a lawyer, his justice minister.

In an interview with Maclean’s, Wilson-Raybould says she’s been in discussions about Bill C-36 – which the Liberals have promised to repeal – and that in moving forward, “the safety of the workers is fundamentally important.” The Liberals, she says, will “proceed in a way that is open and engages with people.”

I am optimistic about this, specifically about Wilson-Raybould’s use of the word “workers.”

Over the last little while, I’ve been watching videotaped testimony on CPAC presented before the Canadian Senate during debate on the validity of Bill C-36. This testimony, given in the fall of 2014, includes statements from representatives of sex work organizations, women who identify as independent sex workers, abolitionist groups, women who identify as victims of trafficking for the purpose of sexual exploitation, religious organizations and people considered experts on sex work laws in Canada and other countries.

These hearings were ostensibly organized as a means of accurately understanding and, if necessary, reforming Bill C-36, which ultimately came into effect intact on December 6, 2014.

I’m a little late to the table commenting on the Senate testimony, but I simply couldn’t look at it when it was all going down. Most people have fairly predictable definitions of what is too obscene to look at. Mine: watching people who do not pay my rent sitting around a boardroom table using byzantine language to debate how I may or may not use my vagina for commercial purposes.

This testimony makes it clear how, despite the fact that Canadian laws criminalizing kidnapping, rape and sex with minors are already in place, the Conservative government and largely Conservative Senate managed to defy the Supreme Court of Canada ruling and the Constitution when they implemented Bill C-36: they simply foregrounded the testimony of people who identified as having been kidnapped and/or raped (often as minors) to establish that there is no such thing as consent when money is exchanged for sexual services.

This is like allowing people who have been traumatized by forced marriages as teenagers to determine whether or not marriage should be criminalized, even though there are already laws in Canada preventing forced marriage.

But I’m watching this testimony now because I’m curious to see what the Liberal Senators had to say that might be worth mentioning when I pen aspirational letters to them about how I look forward to their sensible and sensitive actions in repealing Bill C-36.

You might ask why abolitionists and victims of trafficking for the purpose of sexual exploitation were afforded so much space to speak on issues that have already been addressed in the Criminal Code. Many sex workers and activists spent a year advocating for their right to give expert testimony in favour of decriminalization, only to be positioned as out of touch.

We could talk for eight days about how breathtakingly patronizing this is, but instead let me draw your attention to Gunilla Ekberg, an attorney with Swedish and Canadian citizenship, a professor at the University of Glasgow and one of the architects of the Swedish Model of prostitution ultimately adopted by the Harper Conservatives. She categorically rejects the words “prostitute” or “sex work.”

“I would prefer if we didn’t use the word ‘prostitute,'” Ekberg says in her invited Senate testimony. “Let’s call them individuals in prostitution.” And then again, “There is no such thing as a prostitute. There are individuals who are exploited.”

Language used by Ekberg parallels that used by the Conservative Party, which puts sex workers’ bodies, rather than the services they provide, squarely in the role of commodity.

This framework, which purports to value women as equal citizens, positions “the man as morally superior to the woman” because “he is criminally culpable for his decisions, while she is not,” writes “un-retired call girl” Maggie McNeill.

Like the Swedish sex work laws, Canada’s laws suggest that “adult women are legally incapable of giving consent, just as an adolescent girl is in the crime of statutory rape,” McNeill writes. As part of this agenda, “the prostitute” is commoditized symbolically (but also to the financial benefit of those crafting laws, writing policy, appearing as experts and staking their academic, political and legal careers on it) to promote a national identity of gender equality contingent on the abolition of sex work. If “the prostitute” does not agree to be a victim, laws will be enacted that assure this happens.

Questions and comments from many Senators during the hearings on C-36 often involved naive and shopworn preoccupations “left over,” as the Canadian Alliance for Sex Work Reform observes, “from the days when the upper classes didn’t quite trust democracy to turn out good decisions.”

Watching this, I understand the logic behind Trudeau’s expulsion of all Liberal senators from his caucus (they must be elected by the Canadian populace, he declares). But frankly, those Liberal senators – in particular Serge Joyal and Mobina Jaffer – who keep returning to the importance of sex workers’ health and safety and questioning why they were not explicitly mentioned in the bill are the only ones who stayed the course. Joyal is almost recklessly levelheaded, but it is Jaffer’s remarks that I keep revisiting.

I’ve been trained as an advocate for the decriminalization of sex work by watching other sex work activists. We don’t betray our emotions to the media. We don’t speak of the shitty things about our work, because it provides ammunition for abolitionists to tell us not only that we don’t exist but that we don’t know we are being raped each and every time we work. We don’t reveal the nuances of our lives – that we are poor and struggling and have been hurt and humiliated like everyone else.

But I confess, when watching Jaffer’s testimony, I’m moved to tears. This Liberal senator from BC changed her mind on her opposition to sex work during the judicial process, and her tentative but firm approach to matters she had learned about by listening to “sexual workers” is… well, it’s pretty remarkable. Yes, Justice Minister Wilson-Raybould and Senator Jaffer, we are workers. Thank you for this very significant distinction.