The confusion between sex work and trafficking remains a barrier to effective responses and identification of trafficked persons.From Hit &. 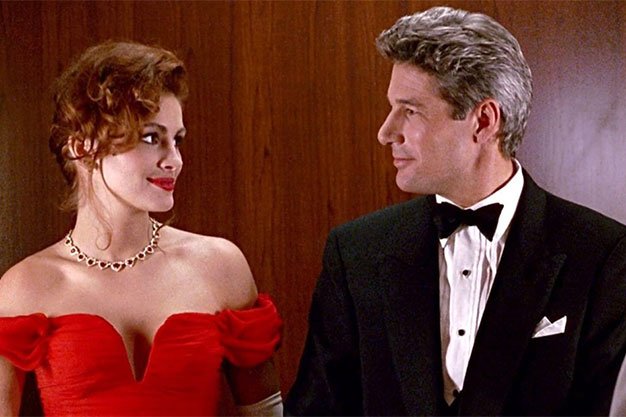 The confusion between sex work and trafficking remains a barrier to effective responses and identification of trafficked persons.

From Hit & Run: The Impact Of Anti-Trafficking Policy And Practice On Sex Workers Human Rights In Thailand (Empower Foundation, 2012)

I always know sex workers are in for a jolly good ride when an influential abolitionist invokes Pretty Woman. Two weeks ago, Cook County, Illinois, sheriff Tom Dart did just that when he persuaded Mastercard and Visa to stop allowing their credit cards to be used to pay for adult service ads on the Dutch-owned website Backpage.

“We cannot turn a blind eye on this and pretend this is some twisted Pretty Woman situation, Dart told CNN about his most recent crusade.

As a hooker, I am struggling to imagine what a twisted Pretty Woman situation looks like, so Ill just say that the several dozen sex workers I know personally and professionally and all those Ive encountered in online forums and communities and at conferences generally understand, because we do sex work and dont just watch it on TV, that it isnt like Pretty Woman.

In fact, it isnt like its depicted in most films, songs, photographs, paintings or any other media, including some documentaries.

Contributing to Darts mission to end intimate subjugation, you could say in an arch and patronizing way that marriage isnt like Runaway Bride. In Darts very own country, a third of murdered women are killed by a male partner.

Given Darts cause of helping women escape violence, shouldnt he be preventing people from paying for their weddings using Visa or Mastercard? Given the statistics collected by the U.S. government and all, we really cant keep pretending that marriage is like some twisted Runaway Bride situation, can we?

If sex work prohibitionists want to tell anyone that sex work isnt like Pretty Woman, they should talk to Garry Marshall, who made millions directing that film, which is now used in spaces as authoritative as courts of law to legitimize arguments restricting the legal rights of real sex workers. They need to talk to people who create and then profit from these false constructs that allegedly lure women into the industry.

Though I have known prostitutes who have been party to the Pretty Woman transaction and have the boxes of Louboutins to prove it without having had to endure a long-term relationship with the mind-numbingly dull sociopath Richard Gere plays in the film one of the things that distinguishes their lives from Pretty Woman is that, unlike Julia Roberts, they are not permitted to cross from Canada into the United States because the U.S. does not permit real sex workers.

So dont worry we know that sex work isnt like Pretty Woman. We know that one of the most dangerous aspects of our work is the swarm of moral, political and legal authorities feeding off the conflation of our work and trafficking, who treat us like children and victims and, when we wont behave like children and victims, criminalize us in a manner that sometimes leads to fatal exchanges.

Instead of making it safer for us to work and more difficult for people to abuse us in the course of our work, they make it easier for people who are not afraid of social and carceral repercussions to injure us. And then they have the fucking audacity to wave the victims of trafficking around to make these internationally circumscribing and utterly futile actions seem reasonable.

To be sure, Dart believes he is Doing Good. He claims this will be a blow to the apparently hundreds of so far undisclosed sex traffickers on Backpage peddling women and children and using Visa and Mastercard to do so.

I ask you to imagine, if you were advertising extraordinarily illegal activities with unwilling participants in a public forum that is monitored by law enforcement across the world, would you not be more inclined to use something like Bitcoin, Paysafecard or even a Vanilla Visa and not a card that requires some identification?

Dart is known for these types of grand gestures in service of the beleaguered, some of which are genuinely admirable. In 2008, for example, he stopped mortgage companies from foreclosing on buildings and evicting tenants who had no idea that those who owned them were in such precarious financial straits.

Dart said then, These mortgage companies dont care whos in the building. They simply want their money and dont care who gets hurt along the way. He said, Were just not going to evict innocent tenants. It stops today.

For someone who shows such concern for the working class, Dart has an odd way of dealing with its sex-working populace, a great majority of whom use Backpage for its low cost and wide geographical range. When it comes to sex workers, Dart doesnt care whos in the building.

The idea prevails that sex workers deserve to be caught up in these raids and sting operations, that we are disposable and deserving of inconvenience and abuse, that as long as one trafficking victim is saved (are they?), it doesnt matter how we are all affected. What do you think about that? Im genuinely curious.

In response to Darts stunt, Backpage made its adult service ads free. Sex workers, perhaps more than any other global community, are accustomed to being stifled by American abolitionist policies, and the wave of glee this gesture sent through our community worldwide, the U.S. included, was palpable.

In Canada we really needed some cheering up after Peter MacKays high-minded, mark-missing and completely unironically named The Protection Of Communities And Exploited Persons Act came into effect in December 2014. (MacKay has now retired to spend time with his beauty-pageant-winning wife because beauty pageants are not a space where perverts and opportunistic males abound).

Were not used to people who cannily profit from our services siding with us when the shit hits our fannies, and Dart was obviously counting on this. Prohibitionists have come to rely on the fact that waving inflated and conflated trafficking statistics around will scare the piss out of businesses that are perfectly content to have people use their -financial services to buy products from companies that have been proven to use trafficked manufacturing labour, but a whiff of sex trafficking? No, no, we cant have that.

You know what stops people trafficking people for the purpose of sex? Apparently, decriminalization. New Zealand, where sex work is decriminalized, has trafficking statistics lower than anywhere else. God, Im so tired of saying this.

I accepted that I outed myself as a ho to my credit card company when I began using its services for transactions on Backpage. That was a choice I made because I needed to advertise and all I had was a Visa.

What I didnt agree to was that an elected county officer who is responsible for keeping the peace in that county alone but also resides and works in a country that I am not allowed to enter would persuade my credit company that it cannot service me when I post my consensual ads on a website.

What else will Sheriff Dart tell Visa its not allowed to do for me? Now that I am flagged, will Visa stop me from booking hotels, buying condoms, paying for flights and fancy pantyhose? Oh, please, Sheriff Dart, dont take away my fancy pantyhose. My cross-dressers will go into fits.