Director talks Soderbergh, the film's women and pressures to repeat the Magic 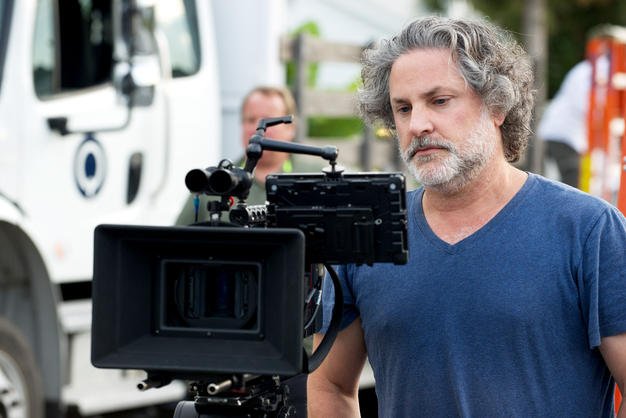 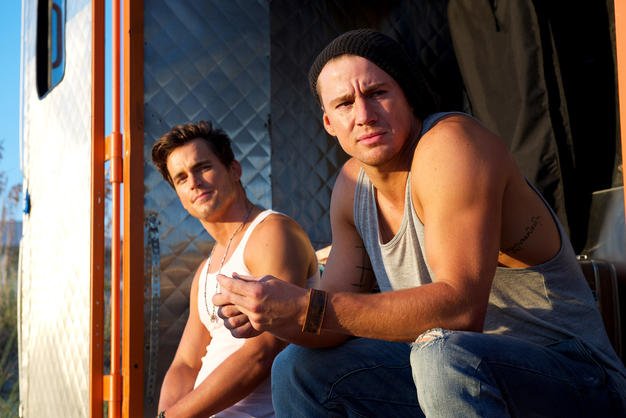 LOS ANGELES – Channing Tatum and Gregory Jacobs had the same vision for Magic Mike XXL. If they were going to make a sequel to Steven Soderbergh’s 2012 sleeper, it had to be bigger and wilder.

“The first one was kinda tethered to reality, you know?” Tatum explains at the film’s press conference. “And the real-world male revues? They’re not all that interesting. They kinda suck, to be honest. I was like, ‘If we’re gonna do another one, let’s just go. I don’t want them to be able to do a fireman routine on any stage ever, ever again.'”

“You needed that first movie in order to be able to make this one,” producer/director Jacobs says, grabbing a room-service lunch an hour or so later. “That darker, art film take sort of legitimized the world.”

The world of Mike and his brothers-in-thongs is a lot brighter this time around: the Kings of Tampa bounce back from a professional betrayal by hitting the road for a male stripper convention in Myrtle Beach. In addition to being exactly what audiences want from a Magic Mike sequel (if my enthusiastic preview screening was any indication), it’s also a lot more liberating for the narrative, opening the story up well beyond one seedy strip club.

“I didn’t want to repeat the first movie,” Jacobs says. “I wanted it to feel and look a little different, and have a different tone. More comedic, with a road-trip trope that would allow us to sort of go off in a different direction.”

And even though the movie still has the words “Magic Mike” in its title, neither Jacobs nor Tatum wanted it to be a solo act.

Which brings us to Steven.

Soderbergh retired from directing movies in 2013, ceding the helm of Magic Mike XXL to his long-time producer Jacobs, but the filmmaker was still very much present as executive producer, cinematographer and editor. Was it tricky to figure out the balance of power this time around?

“We talked about this,” Jacobs says. “He said, ‘Let me do for you what you’ve done for me.’ You know, I was standing there on set with him in his movies, being sort of another set of eyes for him for all those years. So it was really fun to be able to do that role reversal a little bit. He’s one of my best friends. Having your best buddy there, supporting your vision, is pretty fantastic.”

Something that’s different this time around is the sense of a female perspective. Magic Mike XXL gives the new characters played by Jada Pinkett Smith, Amber Heard and Andie MacDowell as much space as the men, and maybe a little more power. Jacobs says that was a conscious choice and the result of developing the characters with the women who would play them.

“Their parts were written, but a lot of it was reshaped in collaboration with them because it needed to be a collaboration. I felt like it wasn’t gonna work, it didn’t ring true, and they brought so much to it. It was so much fun spending hours and hours with each of them. Jada, Andie and Amber really contributed to the script in a huge way.”

See our review of the film here.

Gregory Jacobs on stepping into the director’s chair after producing the first film:

Jacobs on Channing Tatum wanting to expand the movie beyond his own character:

Channing Tatum on performing for a thousand women:

Tatum on the path to a Magic Mike sequel: