Sexual Assault: The Roadshow is about resistance and empowerment 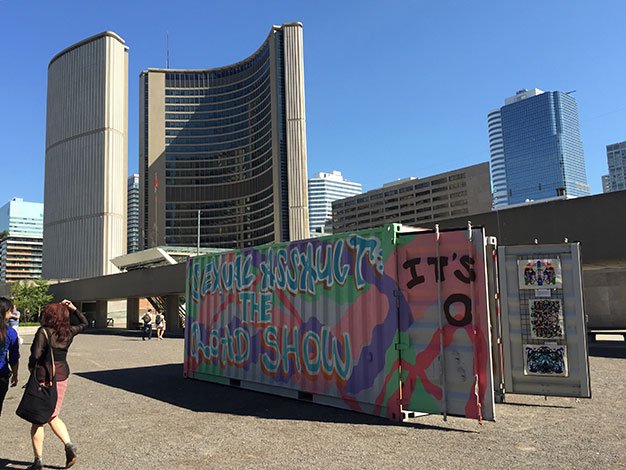 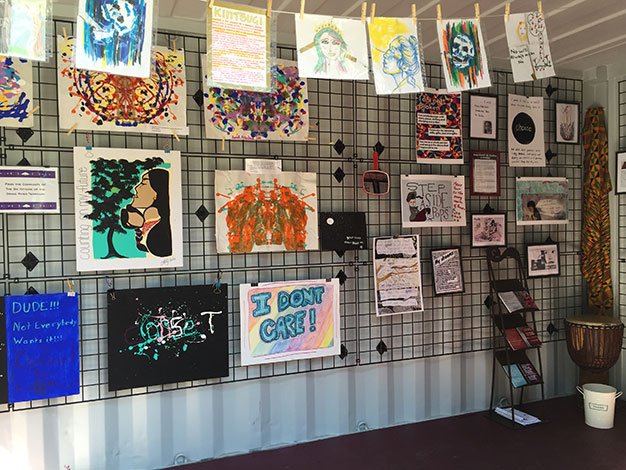 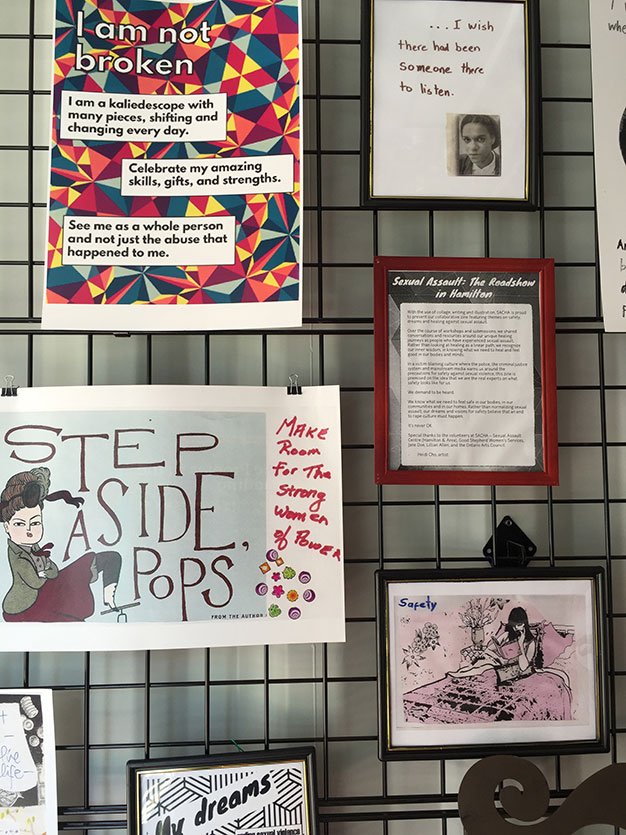 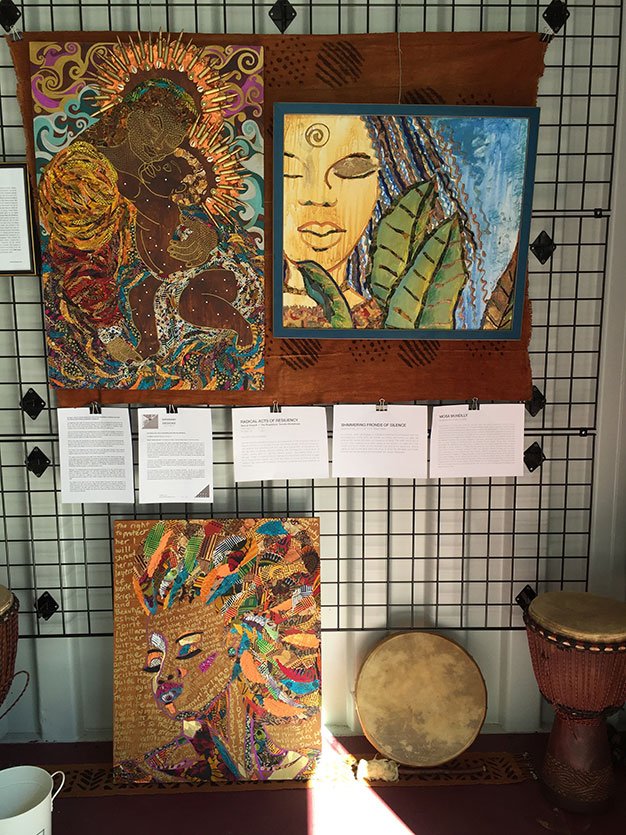 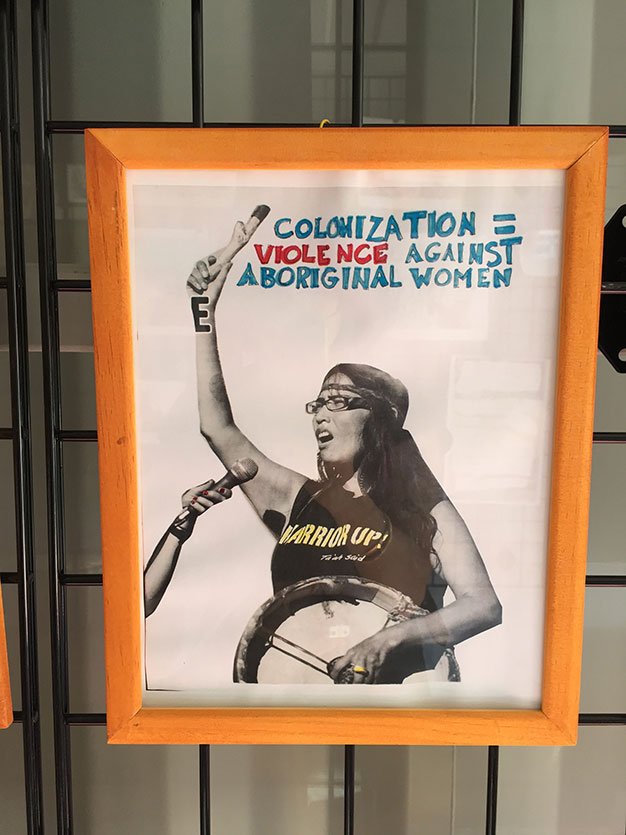 Imagine driving down the 401 when you spot a vibrantly painted shipping container on board a flatbed truck. As you get closer to the vehicle, you see words written in bright blue block letters. It reads: Sexual Assault The Road Show.

In a year in which Jian Ghomeshi, Bill Cosby and Brock Turner have dominated headlines, sexual violence against women is being discussed in schools, explored on film and debated over social media like never before. Survivors are bravely leading the way, activists are speaking out, and their supporters are growing by the day.

Sexual Assault: The Roadshow brings many of these elements together in a large rectangular shipping container that’s at once a billboard, a pop-up art gallery and a workshop space. Its purpose, however, is singular: to explore how art can educate us about sexual violence.

“We like to think about ways people can resist and things people can do to feel a sense of empowerment and to empower each other. We like turning points,” says Lillian Allen, artistic director of the Roadshow. “We want people to connect with that kind of agency and to help amplify that.” 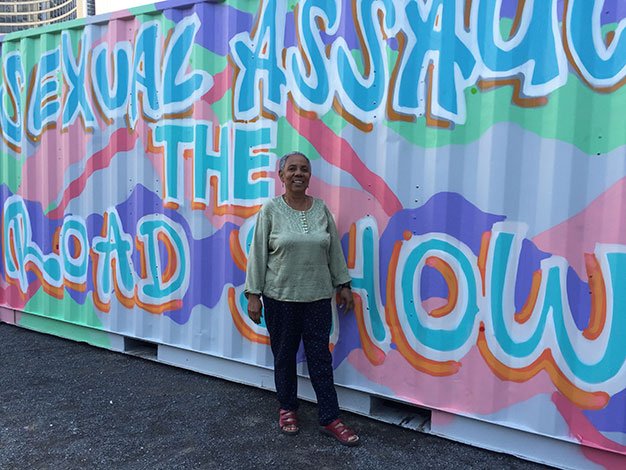 Artist/activist Allen and sexual assault survivor and activist Jane Doe’s Roadshow initiative is funded by the Ontario Arts Council’s Creative Engagement Fund, which has pledged $2.5 million for art projects that address sexual violence. The travelling art show will stop in 15 cities and areas across Ontario over three years. For the week ending Sunday (September 18), it’s at Nathan Phillips Square.

At each stop, local artists are invited to lead workshops and unite supporters through artwork, which is displayed inside the shipping container. The gallery is free and open to the public daily from 11 am to 7 pm.

In Toronto, artists Mosa McNeilly and Apanaki Temitayo Minerve have been invited to lend their artistic expressions. Both women are proudly Black and create works that explore their African roots.

“It’s really important that we go to different cultures and communities and see the diversity of responses and the tools they have for dealing with violence,” Allen says. “Art comes from culture, and culture is made by communities.” 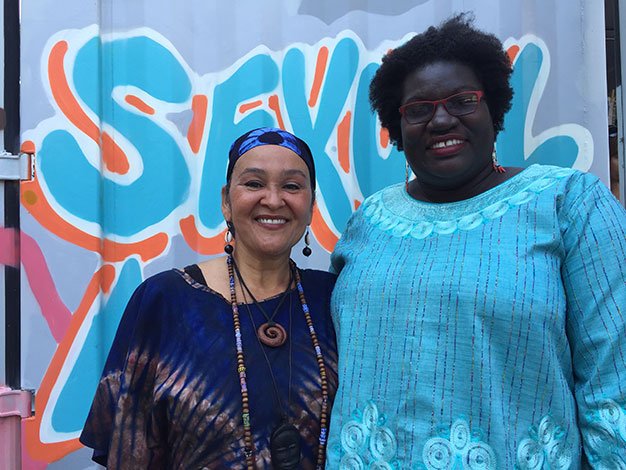 Minerve, a textile artist who melds African fabrics with collage on canvas, is conducting a workshop called Reclaim Your Voice: Channelling Orisha Warriors. (Orishas are deities in the Yoruba religion.) Minerve, who is from Trinidad and Tobago, was raised in this tradition.

“I will be taking five Orishas in their warrior form and using them in a way to empower my participants. Within the tradition, you can use Orishas as warriors to fight for you, fight for things you may be going through,” she explains. “We’re going to ask the participants to make their own warriors and have the warriors speak for them. What would you want to say to the person who caused you trauma?”

Minerve will also share a poem, Warrior Woman, based on her own artistic exploration of Orishas. She wants to inspire hope and empower other survivors.

McNeilly, who recently returned to the city after living in Guelph for 10 years, says her work is inspired by her studies of Black diasporic art. She calls her contribution to the Roadshow Radical Acts Of Resiliency.

“I’m interested in how we bolster our strength and how we bounce back,” she says. “I’m not going to be talking directly to sexual violence in my workshop. I think the missing piece is the enlivening of ourselves.” 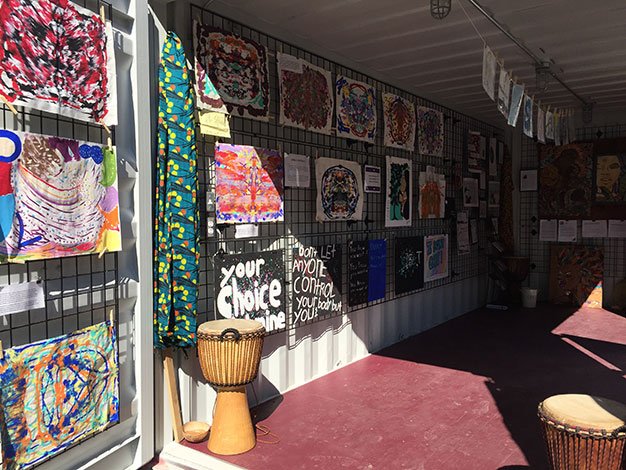 While the workshops are full – the Roadshow works with anti-violence projects and rape crisis centres in each city – both artists will be on hand to engage with passersby and lead brief activities for those interested.

An abundance of art already on display inside the shipping container was made during stops in Ohsweken, a First Nations reserve near Brantford, and Hamilton. Pieces include Indigenous spirit paintings, visual art inspired by the Japanese tradition of kintsugi (repairing broken pottery), drawings, photography and more.

“In each city, workshops start by having a dialogue with the work that’s up, so people get to understand what’s happened in other cities and what people are talking about,” Allen says. “We hope those who come by feel a connection and ask themselves what they can learn from other cultures. Taking a stand against sexual violence is not just for survivors, but for all of us to raise our voices.”