Shadowy Men On A Shadowy Planet 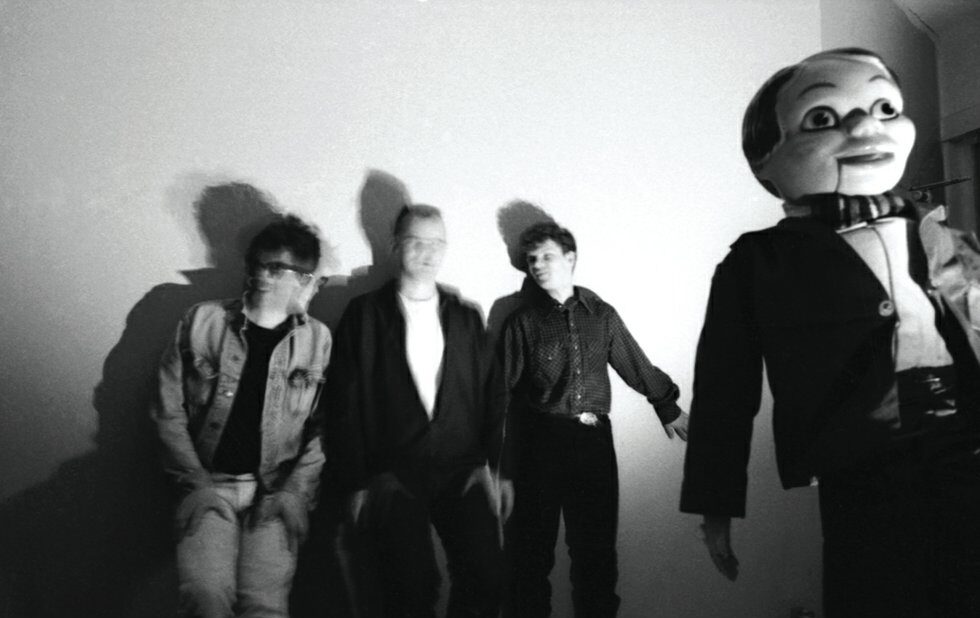 In the mid-80s and 90s, Toronto’s Shadowy Men on a Shadowy Planet were everywhere. Their instrumental rock ‘n’ roll was used as the theme song and incidental music on The Kids In The Hall TV show, and the video for Musical Interlude was a MuchMusic standard. The trio of Reid Diamond, Brian Connelly and Don Pyle split in 1996 after over a decade of effervescent shows and albums.

They embarked on new but separate musical ventures, and when bassist Diamond died of cancer in 2001, it seemed that Shadowy Men’s music would live on only in memories and on turntables. However, the reissuing of their catalogue by Toronto’s Mammoth Cave Recording Co. earlier this year has brought the surviving members back together, if only for a few shows.

“For many years, [staying broken up] wasn’t even a decision,” says drummer Pyle. “There simply was no Shadowy Men without Reid.

“With the albums coming out and the Sled Island festival inviting us to play, it suddenly seemed plausible, but only if it felt like it was going to be positive. When [the Sadies’] Dallas [Good] said he was into playing bass, it instantly felt easier to do.”

Pyle says Good has been “studying and learning the details of Reid’s creativity hands-on,” a moving tribute to the man who first brought the songs to life.

“Playing Shadowy Men songs again really created a strong feeling of Reid’s presence, or absence. In some ways it’s difficult, and in other ways it’s really celebratory. Dallas is using one of Reid’s Thunderbird basses, and that guitar alone has so much of Reid’s personality radiating out from it.”

So will this Lee’s Palace show be the last we see of Shadowy Men?

“I’ve said ‘never’ to enough things that I ended up doing, after all, to know not to say never about this.”