Shapeshifter at the Garrison 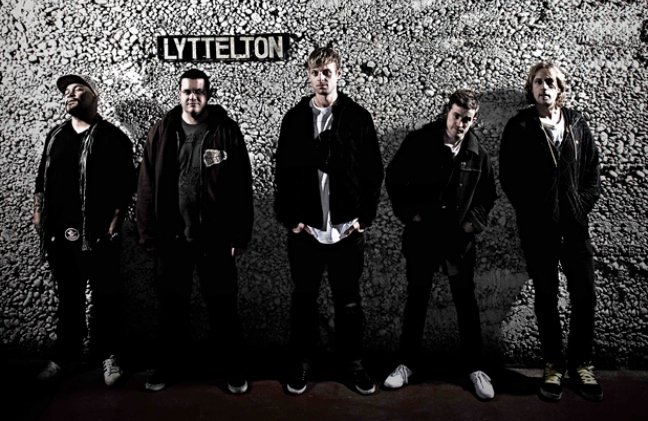 “We weren’t actually too sure if anyone was going to come tonight,” said Shapeshifter frontman P Digsss on Wednesday night, a couple of songs into the drum ‘n’ bass band’s fevered set.

To be honest, neither was I. Shapeshifter are enormous in their native New Zealand, in Australia, and pretty big in England and elsewhere in Europe where DnB is big. But how many Toronto people would come see a New Zealand drum ‘n’ bass band?

As it turns out, a lot. By the time Digsss & co. emerged at around 11:15 for their Canadian debut, the Garrison was full. And when they launched into their massive 2009 hit Dutchies, the room started dancing and didn’t let up until the set was over. I sat down at one point to take a rest, only to be pulled back up by an insistent front-of-the-crowd stranger who was having the time of her life.

While Digsss belted out about half the songs off their latest LP, Delta, plus old favourites that everyone seemed very familiar with, Devin Abrams, Sam Trevethick and Nick Robinson were working up quite a sweat, too, passionately hunched over their synths and samplers when they weren’t playing keys, guitar and bass, respectively. It’s too bad a big synth setup was smack in the middle of the stage, blocking our view of the furiously drumming Darren Mathiassen.

Shapeshifter are credited as pioneers of the genre: the first group playing live drum ‘n’ bass. That was about 15 years ago, so it’s no surprise they’re tight as hell. Digsss’ deep, velvety vocals lend the band heaps of soul, but dub, reggae and jazz also bubbled to the surface during their show. In fact, most of the guys studied jazz in university, which Abrams flaunted in the second half of the set with a couple of excellent sax solos.

Fans refused to filter out, cheering them back onstage for an encore – bringing their show close to the 90-minute mark.

Ceaseless dancing? On a Wednesday? In Toronto? I need to go to dance music shows more often.