You know George Bernard Shaw for his. 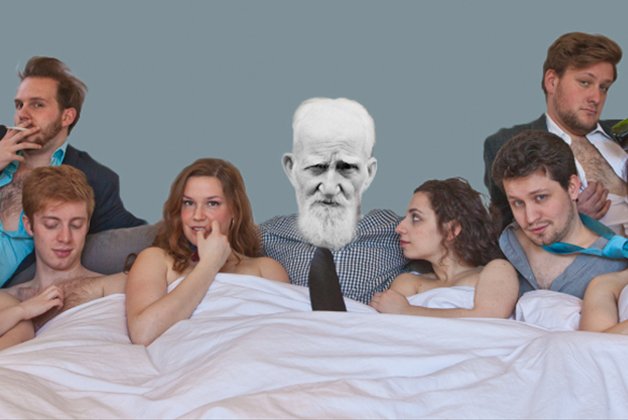 A One Night Stand With Shaw

You know George Bernard Shaw for his full-length plays, among them Pygmalion, Saint Joan and Major Barbara, but he also wrote one-acts that are rarely staged today.

They’ve been done as lunchtime productions at the Shaw Festival and as occasional university shows, but the intriguingly named troupe Never Wrestle with Pigs offers several of these obscure plays packaged as A One Night Stand With Shaw. The works are full of the writer’s wit, politics and pointed arguments.

The company offered three of the shows for a brief run last May and add another for the current version.

The quartet of works are Inauguration Speech: A Interlude, How He Lied To Her Husband, The Inca of Perusalem and Passion, Poison And Petrifaction.

The graduating classes in Humber College’s theatre performance and theatre production programs traditionally end their year with a collectively created ensemble production that serves as their debut in Toronto theatre.

This year’s show, Mother, relies on movement, text, sound and lighting to look at a community devastated by a life-changing event. The catastrophe shifts people’s reliance on traditional gender roles and tests the community’s relationships.

Presented by Humber Theatre and Save Me a Seat Productions, the show runs at Theatre Passe Muraille, which has hosted the Humber students’ work for the past several seasons.

Two companies have put out calls for artistic applications.

Theatre Passe Muraille holds a Pitch Andy session April 25 and 30 between 11 am and 3 pm.

Artists from all disciplines and backgrounds are invited to pitch an idea to company head Andy McKim. This will give artists a chance not only to present specific ideas but also to introduce themselves to McKim. Each pitch becomes a five-minute showcase for the artist as well as her or his work.

According to the call, the company is looking for exciting artists to collaborate with, and inspiring projects the troupe can help facilitate. Artists are encouraged to think outside the box.

Deadline is April 18, 5 pm. Submission is online only see here.

Also on the lookout for shows is the Toronto Fringe, now accepting applications for January’s Next Stage Festival. Applicants must have had some previous involvement with the Canadian Association of Fringe Festivals.

Deadline is May 16. For submission details, see here.

Want to have a good time this week? A pair of companies celebrate their upcoming events and raise funds at the same time.

The Playwright Project, which focuses on the work of a single playwright with productions by a number of troupes, precedes its April 23 launch of Caryl Churchill plays with an opening party Tuesday (April 22) featuring a performance by Theatre Local’s Rebecca Singh and her chorus.

They’re calling the free event “an audio portrait of Caryl Churchill,” and guests can also enjoy a drink at the Downstage, the venue for the upcoming shows. The partying continues with DJ Crazy Hands.

Festival curator Matt Gorman, who’s also directing one of the four productions, talks about the Playwright Project in next week’s NOW.

And in the west end, the Storefront Theatre celebrates spring and its return to being a fully functioning venue after a winter flood.

The Spring Fling on Friday (April 18) features music by Storefront artists and contributors, refreshments and an all-evening party atmosphere. It also includes an announcement of plans for the rest of the year.