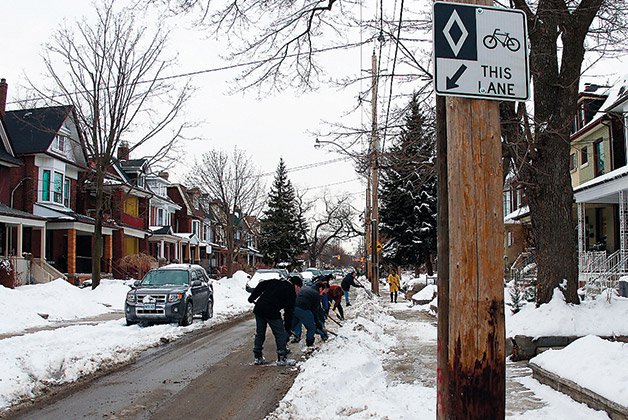 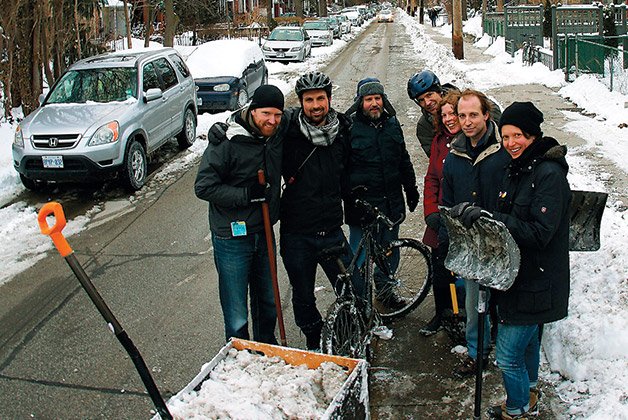 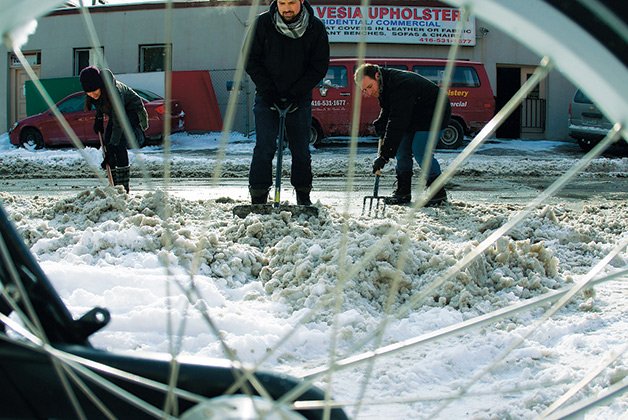 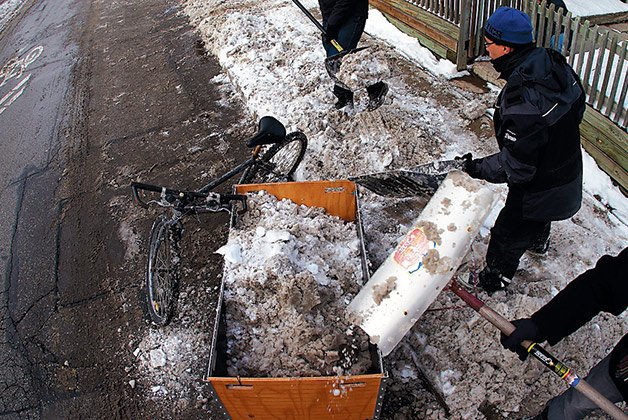 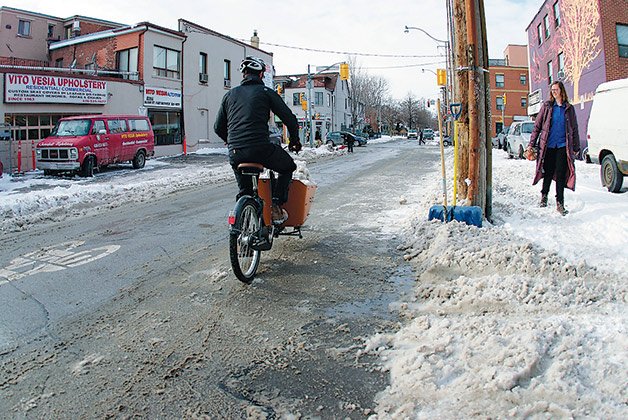 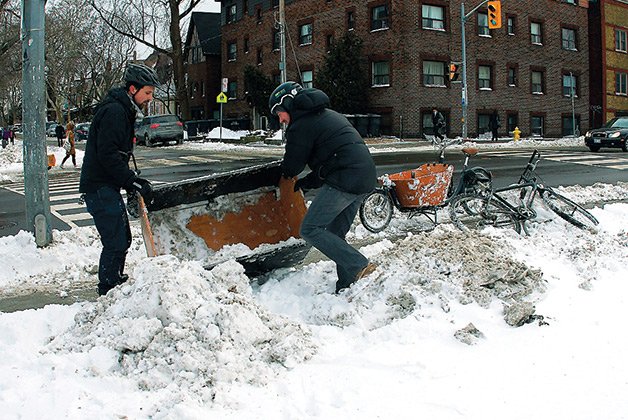 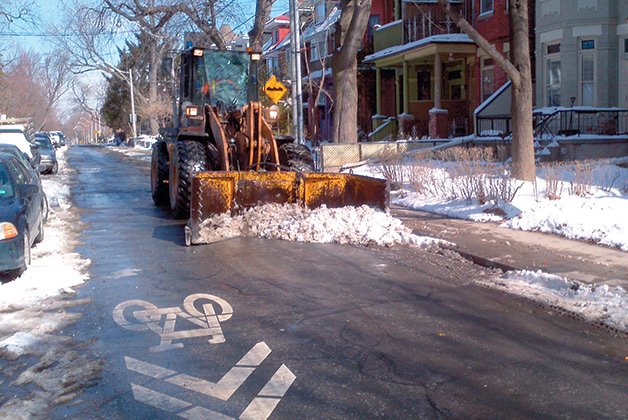 Breaking the ice was never so literal as on Thursday, March 13, when volunteers took picks and shovels to Cycle Toronto’s Shovel-In on Shaw to clear the snow from the bike lane.

In the course of three hours, they removed all the snow in the contraflow lane from Bloor to Harbord, making Shaw safer for commuting, and moved the snow to Christie Pits using bike trailers. Trinity-Spadina Councillor Mike Layton used his own shovel to pitch in.

Layton says it’s hard for him to bike to work some days “because it’s so dangerous,” and snow removal on bike lanes “has been a problem all winter.”

He says he asked staff in November to report back to council on snow clearance.

According to Stephen Buckley, general manager of Transportation Services, a snow clearance review report will be presented to the Public Works and Infrastructure Committee on April 9 before moving on to council.

One area resident said the Shovel-In set an example for Public Works.

“We’re showing the city how to [remove the snow] so maybe they’ll pick it up next winter,” said Ward 18 resident Liz Sutherland.

“If they’re not clearing the snow, it’s a safety hazard,” she added.

He said he chose Shaw for the Shovel-In because his organization worked with Layton to create the contraflow lane, approved five years ago and finally painted last year.

Kolb hopes the city will create a network of “bike lanes that will have priority [snow] clearing” in winter months.

Ward 18 homeowner Dan Milford-Warren complained that riding to work is “impossible with roads like this.”

Approximately 90 per cent of cyclists use the TTC or drive in the winter, Kolb says, at least “in part because of safety concerns.”

A 2009 city of Toronto report notes that only 10 per cent of cyclists commute by bike year-round, but 29 per cent would ride in the winter if there were better maintenance.

In a letter, he wrote: “This year we have asked our forces to pay particular attention to improved clearance of snow in bike lanes. Due to the size of our road system, there will always be locations that – for a host of reasons – do not meet the mark.”

Buckley explains the snow clearing process in an interview with NOW later, saying that Public Works oversees 60 to 70 million square yards of asphalt, so “expectations can be unrealistic.”

“Some cyclists feel that if lanes aren’t bare and dry it’s because we’re not doing a good job,” he says. “But there’s traffic out there, and the salt and the weight of vehicles is what makes snow and ice go away on streets.”

On Shaw, 9.2 centimetres of snow fell Wednesday, the Shovel-in happened Thursday and plows arrived Friday to clear whatever was left behind by the volunteers.

“Our guys have been paying attention to Shaw,” says Buckley in response to Kolb’s call for action. “We didn’t do a great job” during the first snow event of the year, but “now it’s built into our routine.” 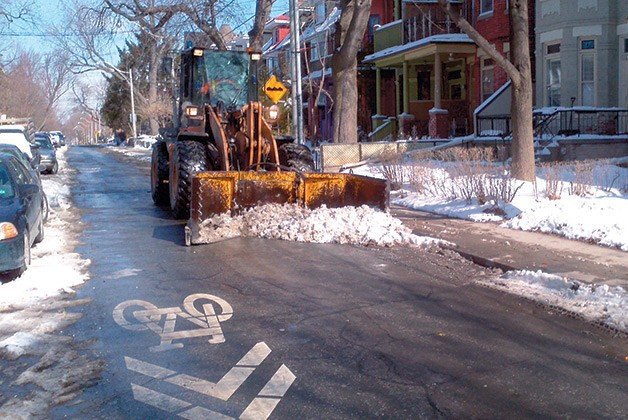 Almost 10 centimetres of snow fell Wendesday, March 12 overnight, volunteers arrived the next day to take care of the deluge, then plows came Friday to clean up what was left.

“Right now we don’t do local streets unless there’s at least 5 centimetres of snow.

Toronto.ca says, “Service can take up to 72 hours after snow has stopped.”