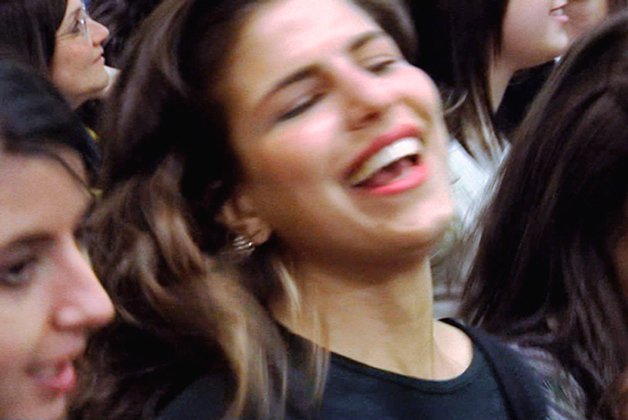 Hannah Boukhobza is one of the shiny

This inside look at the lives of teenage women in the ultra-Orthodox Jewish Chabad Lubavitch movement is a timely foil to the terrible publicity the Lev Tahor sect has been receiving lately.

Director Abbey Jack Neidik presents the Lubavitchers as beautiful, enlightened (a variation on mindfulness is central to the practice) and determined to do good in the world.

The film is mostly shot at the seminary in Ste. Agathe where young women train to become mothers – the school’s energetic head, Chanie Carlebach, has 12 children – and to honour Jewish tradition. In no way isolationist, the school sends the kids into the wider community to mingle and talk about their values.

There’s a telling sequence in which the Hasidic girls are confronted during one of these sessions by young women in the town about their attitudes toward gays, which doesn’t stop the trainees from blithely spouting their homophobia.

But Neidik doesn’t question the rabbi’s characterization of the sect as feminist: “The female is being, as opposed to doing,” says the leader, rhapsodizing on the “special” role women fill.

If women are so deeply valued, why do Lubavitchers deny women the highest privilege in the Jewish faith – reading the Torah in synagogue? Because the sexes are separate and profoundly unequal.