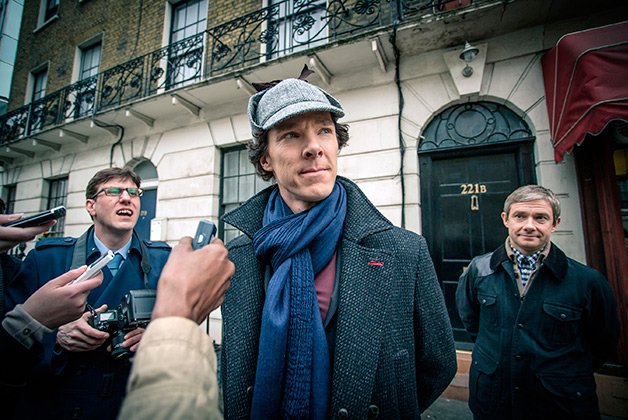 Benedict Cumberbatch (left) and Martin Freeman star in some of the best TV movies ever made. 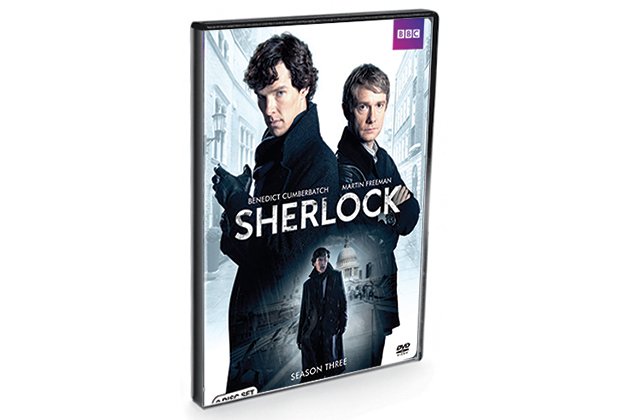 In its first two seasons, Sherlock delivered six of the best TV movies ever made, gripping stories packed with suspense, wit and emotion, visually innovative and impeccably acted. No need to be a Sherlock Holmes fan or even a mystery lover to be thoroughly captivated.

Most of what made the series great remains. The update of Arthur Conan Doyle’s stories to contemporary London continues to feel fresh. The mysteries – a locked-room stabbing, a man’s disappearance from a moving subway car, an untouchable blackmailer – are baffling. The visual style, notably the incursions into Sherlock’s memory palace, has new flourishes. The chemistry between Benedict Cumberbatch as Holmes and Martin Freeman as Watson is as appealing as ever.

But Sherlock changes direction in its third season, and the quality suffers. The mysteries take a back seat to Holmes’s personal relationships with his smarter and snottier brother, Mycroft (Mark Gatiss), Watson, of course, and Watson’s fiancée, Mary Morstan (Amanda Abbington).

This results in, among other things, Holmes and Watson being characterized as pathological cases and several scenes of people indulging in excessive displays of their bleeding hearts. The acting remains stellar, but the mawkish dialogue is neither fun nor true to the characters.

At the same time, broad comedy has joined the incidental wit that was always present. Entire scenes are devoted to nothing but getting a laugh. Sometimes they do, sometimes not.

Still going strong 127 years after their first appearance, Holmes and Watson are among pop culture’s most enduring characters. They are archetypes of male friendship and the power of reason. The mysteries are central to that, and if they’re shoved aside the series could easily mutate into a cozy sitcom about an eccentric detective and his protective friends.

Creators Gatiss and Steven Moffat explain their choices in an engaging extras package that also covers the mechanics of Sherlock’s escape from certain death, the show’s enormous fan base and a detailed look at this season’s most spectacular and surprising scene.