The Academy Of Canadian Cinema And Television rains awards down on everyone. Well, almost everyone 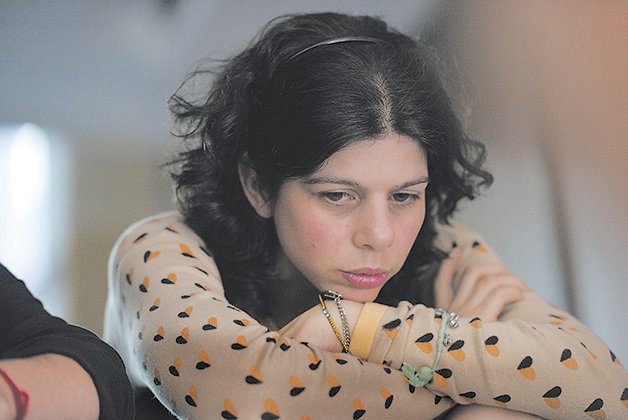 The Canadian Screen Awards held their third and final gala in Toronto last night, with host Martin Short celebrating Canadian film and television by spreading the love around.

In the film section, Louise Archambault’s Gabrielle was named the year’s Best Picture, and its star Gabrielle Manon-Rivard took home the Best Actress prize for her performance as a developmentally challenged young woman determined to live life on her own terms.

The Screenies use the Canadian film-festival system to determine the eligibility of a given title most of the movies up for prizes this year played at TIFF but are still awaiting a commercial release. Enemy opens in Toronto this Friday The Grand Seduction is tentatively set for spring, and The F Word is slated for a summer release. The Dismantlement, which played at Cannes and TIFF, is not currently scheduled to open in English Canada.

On the television side, the big winner was Jason Priestley’s series Call Me Fitz the show was named Best Comedy Program Or Series, while stars Priestley and Tracy Dawson took the Actor and Actress awards for the genre.

The CBC biopic Jack won two acting awards, as Rick Roberts and Sook-yin Lee were honoured as Best Actor and Best Actress in the Dramatic Program Or Mini-Series category for their performances as Jack Layton and Olivia Chow. And CTV’s Lisa LaFlamme was named Best National News Anchor.

In a pre-show ceremony, The Mortal Instruments: City Of Bones won Screenies for Best Make-Up, Best Visual Effects, Best Sound Editing and Best Overall Sound it had previously been awarded the Golden Reel Award, presented every year to the top-grossing Canadian film. City Of Bones made $5.2 million in Canadian theatres, a considerable percentage of its $31.1 million North American take.