NOW MagazineNewsShisha bars may go up in smoke

Shisha bars may go up in smoke 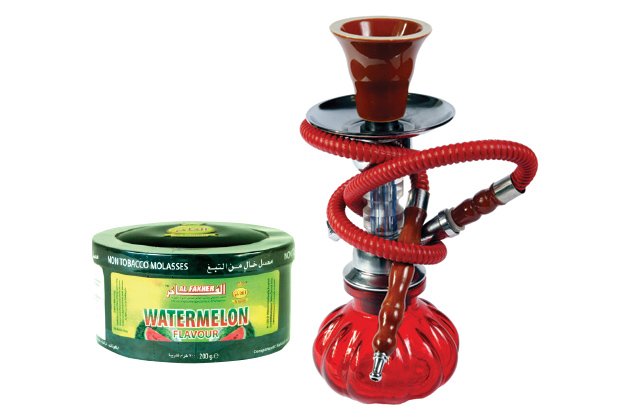 Toronto has dozens of hookah clubs. Most serve customers from the Mideast for whom the practice of smoking the herbal concoctions known as shisha has deep cultural roots. But the clientele is changing. More young people are availing themselves of the smokables, and that has the city’s medical officer of health worried. He says the clubs, which aren’t illegal, are violating the spirit of our no-smoking laws. He’s recommending a smoking ban on the lounges. Here’s a primer on the issue.

28 Percentage of Canadians aged 20 to 24 who report having tried a water pipe, according to StatsCan’s 2012 Canadian Tobacco Use Monitoring Survey.

Legal smog The SFOA, which prohibits the smoking of tobacco products in public spaces and workplaces, does not prohibit the indoor smoking of non-tobacco shisha.

Clouding the shisha issue The fact that some clubs may be allowing the smoking of tobacco-based shisha. Toronto Public Health says shisha packages are poorly labelled, “making it difficult for tobacco enforcement officers and patrons to know whether or not tobacco is being used.”

3.27 µg/m3 Mean level of nicotine air pollution found in 12 indoor water pipe cafés in Toronto that claimed to serve only tobacco-free products. This level, expressed in micrograms per cubic metre of air, is comparable to nicotine levels found in a European study of cigarette-smoking in bars and restaurants.

Health risks Many people believe the water in water pipes filters out harmful chemicals. But emerging evidence suggests that smoking herbal shisha exposes users to levels of hydrocarbons, carbon monoxide, heavy metals and tar comparable to those of tobacco smoke.

Charter challenge In 2011, two business owners took the city of Vancouver to court claiming the bylaw banning the smoking of non-tobacco water pipe products violates their Charter right to cultural freedom. The case is still before the courts.

Medical Officer of Health Dave McKeown says: Shisha clubs are contributing to the acceptability of smoking among young people.

Board of Health chair Joe Mihevc says: The city needs more information before it can move to ban shisha establishments. “We need to get a better health picture of these substances.”

Samira Mohyeddin, owner of Banu Iranian Kabob and Vodka Bar on Queen West, says: “This is another tax grab in the making. This is a Middle East cultural practice that is becoming part of the mainstream.”

Sofi Sid, manager of Yorkville’s Marjane Café on Bedford, says: He can’t see the city shutting lounges down. “You’re talking about putting hundreds of people out of work.”

Compiled with files by Tom Godfrey