The competitive Platform section is getting all the attention when festival-watchers talk about changes to TIFFs programming, but theres another. 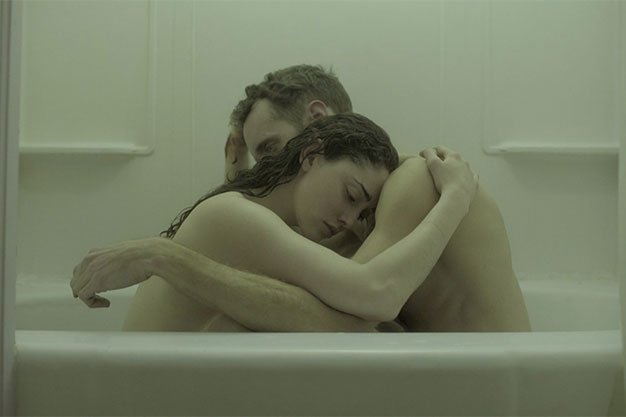 The competitive Platform section is getting all the attention when festival-watchers talk about changes to TIFFs programming, but theres another wrinkle people are only just beginning to notice: the disappearance of Short Cuts Canada.

This year, the festival is folding its Canadian short programming into the larger international mix, with 11 collections screening over the course of the festival.

Homegrown highlights in Programme 1 (Sep 10, 9 pm Scotiabank 14 Sep 18, 11:45 am Scotiabank 11) include Caroline Monnets Mobilize, a propulsive journey from the country to the city scored by Tanya Tagaq, and O Negative, an effectively atmospheric creeper written and directed by Steven McCarthy who also stars in the short with Alyx Melone. (McCarthy can be found elsewhere at TIFF in The Steps, where he gives a terrific performance as Christine Lahtis burnout rocker son a feat thats doubly impressive because the movie is otherwise terrible.)

Programme 2 (Sep 11, 9:45 pm Scotiabank 14 Sep 18, 2:45 pm Scotiabank 11) has Don McKellars new short, Its Not You. This is very nice, because McKellar doesnt make shorts very often hardly at all, in fact and hes really good at them. Cast with students from the graduating class of the National Theatre School Of Canada, its a delicate little roundelay of couples breaking up in various Toronto locations (and one in particular). Its clever and loose, and the little camera segues between each conversation keep the short from ever feeling too repetitive.

Programme 4 (Sep 12, 10 pm Scotiabank 14 Sep 18, 6 pm Scotiabank 11) includes the engagingly goofy Portal To Hell!!!, which stars the late Roddy Piper in a nicely grumpy performance as an apartment superintendent who finds two of his tenants opening the eponymous gateway in the basement of his building. Its very silly and very goopy, and I was impressed by both director Vivieno Caldinellis tongue-in-cheek enthusiasm and screenwriter Matt Wattss commitment to getting the Lovecraftian chanting just right.

Programme 5 (Sep 13, 7 pm Scotiabank 10 Sep 19, 12:45 pm Scotiabank 11) includes Zack Russells remarkable She Stoops To Conquer, which stars co-writer Kayla Lorette as a disguised cabaret performer who meets her doppelganger (Julian Richings) in a club, and just sort of goes with it.

With a minimum of dialogue, the short says a great deal about identity and attraction, and gives the ubiquitous Richings (who pops up elsewhere in the festival in Robert Eggerss The Witch) a rare chance to show his dramatic range rather than just play Gaunt Creepy Guy for the 78th time.

Programme 10 (Sep 16, 6:45 pm Scotiabank 14 Sep 20, 3:15 pm Scotiabank 11) gives us Quiet Zone, an experimental short about electromagnetic hypersensitivity. Directors David Bryant and Karl Lemieux whom you may better know as members of the band Godspeed You! Black Emperor track artfully distressed and degraded film footage with audio recordings of people discussing their symptoms the result is both hypnotic and unsettling.

Programme 11 (Sep 16, 10 pm, Scotiabank 13 Sep 20, 6 pm, Scotiabank 11) includes Howie Shias animated Bam, about a young boxer struggling with impulse control, and frequent TIFF guest Barry Avrichs The Man Who Shot Hollywood, a short documentary about the photographer Jack Pashkovsky, who did indeed capture many of Hollywoods biggest stars in the 30s and 40s. (Not coincidentally. Pashovskys images are on display in the Film Reference Library on the fourth floor of the Lightbox through next spring.)

Theres a lot more, though I have to recuse myself from commenting critically on Mark Slutskys Never Happened and Katherine Monks Rock The Box, because both filmmakers are personal friends. But if youre curious about them after checking out the links, you can find both shorts in Programme 7 (Sep 14, 6:45 pm TIFF Bell Lightbox 3 Sep 19, 3:45 pm Scotiabank 11). And please say hi for me.