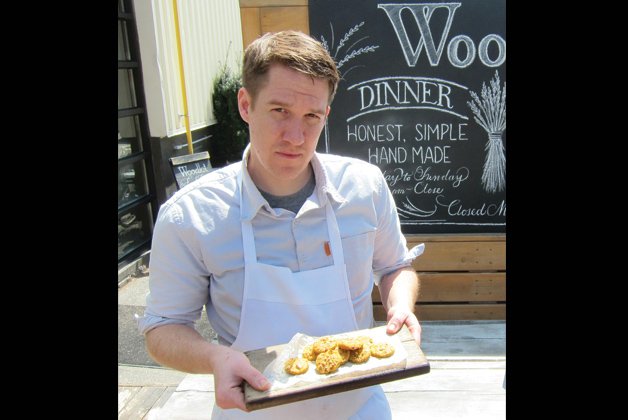 Woodlot (293 Palmerston, at College, 647-342-6307, woodlottoronto.com, @WoodlotTO) chef David Haman likes to flout convention. Look no further than his recipe for Scottish shortbread, which takes tradition and gives it that unexpected Haman twist.

Using an electric mixer fitted with a whisk attachment, mix the butter, paprika and rosemary on the lowest setting until just mixed. Add flour and mix on lowest setting until just combined overworking the dough makes shortbread tough. Add the cheese and mix on low until incorporated. Remove the dough from the bowl, shape into an inch-thick disc, wrap with cling film and refrigerate for at least three hours (up to two days) to rest. Take the dough out of the fridge 20 minutes before you’re ready to use it so it can warm up before you roll it out.

Preheat oven to 350°F. Place the dough between two sheets of parchment paper and roll out to about 3/16-inch thick. Cut out biscuits with your favourite cookie cutter and place them slightly spaced apart on a tray lined with parchment paper. Sprinkle with crushed hazelnuts, pressing them into the shortbread slightly to adhere. Season with sea salt. Scraps can be re-rolled, re-cut and baked – they will be less tender with each re-roll, yet still potent and delicious.

Bake for eight minutes. Rotate the tray and bake a further five to eight minutes until the shortbread starts to get golden around the edges. Cool for five minutes in the pan before carefully moving them onto a wire rack to further cool. Store in an airtight container for up to three days. Yields about 28 biscuits.