NOW MagazineNewsShould I be worried about lead in my dishes?

Should I be worried about lead in my dishes? 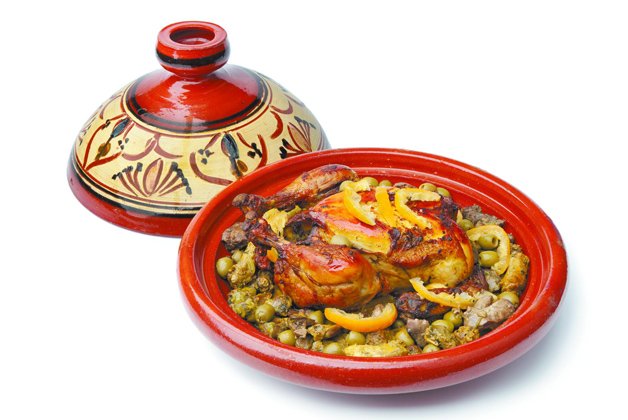 Tagines are among the many ceramics that have been caught dishing out lead.

I’ve always wanted a Moroccan tagine – you know, those bright, conical clay things you cook delicious, well, tagines in. Thing is, they make me sweat a little.

You see, tagines are among the myriad imported ceramics that have been caught dishing out lead.

Given all the bad press, Mexican potters have been switching to lead-free glazes en masse. Awesome, until the U.S. Food and Drug Administration started warning that even lead-free-labelled pottery may be high in lead. Why? The potters weren’t lying about their new glazes they were using old lead-laced kilns. Ay, caramba.

Now, what about the stuff that isn’t brightly coloured, artisan-made imports? This is where things get tricky. There are firm regs in place limiting the amount of leachable lead and cadmium on all glazed ceramic or glass dishes, whether they’re imported, advertised in Canada or sold here, and whether they’re intended for storing, preparing or serving food. And, yep, pretty much all ceramic tableware in this country is glazed.

Limits vary depending on what the vessel is, be it a mug or a pitcher. But the regs only cover what’s leaching from a finished glaze. What about the dish itself?

When one set of Indianapolis news program investigators got their hands on a $30,000 XRF lead-analyzer gun and tested 315 plates, bowls and mugs, they found that 36 per cent exceeded lead limits for children’s products. What did the plates have in common? Not much. They were a mix of new and antique, white and colourful, made in China, Europe, the UK and the U.S.

Before you throw the serving dish out with the spaghetti, let’s do a reality check. As alarming as that number is, the XFR test doesn’t check glaze levels, but the whole dish. The feds would tell you it’s what’s on the outside that counts hence, their lead limits only apply to leachable lead, not total lead content.

Officials insist today’s glazes (as long as they’re lead-free) do a good job of keeping the lead inside from leaching to the surface of a plate or mug, even in a dishwasher or microwave. Problems arise when the dishes start to break down. What happens after years of cutting into your glaze with steak knives or chips appear on the scene?

As Health Canada says: “Lead and cadmium dissolve more easily from worn, cracked or chipped surfaces. They also dissolve more easily into hot foods and into foods that have a high acid content, like fruit juices and alcoholic beverages. The longer the food remains in contact with the product, the more lead or cadmium will move into the food.”

As a general rule, the feds say, the biggest risk of lead poisoning comes when glazes get a chalky or dusty grey residue after washing.

This whole thing has me thinking twice about my old set of glazed Japanese dishes from Kensington Market. Seems like the glaze has been thinning since the moment I started scrubbing sponges and cutting on them over a decade ago. The cut marks on the old plates do reveal grey marks underneath. So I pull out a Lead Check Household Lead Test Kit (available at Home Depot, Lowe’s) and swab my scratched dish with bated breath.

It’s a negative. I get to keep the plates.

By the way, Consumer Reports tested a bunch of lead testing kits. LeadCheck is the easiest to use. Lead Inspector may be better on red surfaces. First Alert tests gave a few false negatives.

If you’re worried that you or your family have been exposed to lead, get your blood tested. All kids should be tested for lead at ages one and two, according to the U.S. EPA. What’s called the blood lead action level – the level at which public health action needs to be taken – is set at 10 µg/dL. The U.S. recently dropped that to 5, and Health Canada says it’s currently mulling over a similar drop.

Looking for totally lead-free pottery? Can’t guarantee that any dish is 100 per cent lead-free inside and out. A lead-free-labelled dish may have trace lead on the surface just under allowable levels.

If you’re really concerned, go for clear, plain glass plates and mugs – the unglazed kind without decorative colours. And, no, leaded glass isn’t used in food ware, except in lead crystal (which Health Canada says not to use when serving food to pregnant women and children).

And if you’re leery of your tagine, try cooking in a Dutch oven, slow cooker or lidded glass casserole dish instead. I promise your chickpea stew will be scrumptious.