ELTON JOHN at the ACC, Thursday,. 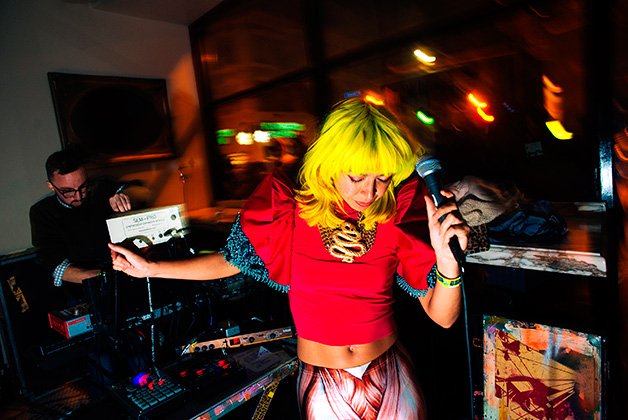 Planting himself behind a grand piano at 8:20 pm, Elton John launched into the dramatic instrumental opening of Funeral For A Friend/Love Lies Bleeding. But the show really got under way when the icon emphatically banged out the opening chords of his second tune, 1973’s Bennie And The Jets.

A five-piece band (including his long-time drummer Nigel Olsson and guitarist Davey Johnstone) fleshed out John’s playlist but never stole the spotlight. The superstar’s jaunty piano-playing was always front and centre, the most interesting thing to watch on the elegant, circular gold-rimmed stage.

He struggled a bit during Levon, but his voice was strong for a spot-on performance of Tiny Dancer and an epic eight-minute crack at Someone Saved My Life Tonight (chills).

Crowd interest dipped during a three-song flurry of Holiday Inn, Mona Lisas And Mad Hatters and Believe, but Philadelphia Freedom lifted it up again and inspired yet another standing ovation.

At the two-hour mark, John belted out the age-appropriate I’m Still Standing. Impressively, he remained upright for another 40 minutes. The biggest applause – for The Bitch Is Back, Saturday Night’s Alright (For Fighting), Your Song and Crocodile Rock – was yet to come.

There are a lot of reasons to champion all-star experimental chamber orchestra Group of 27. Composed of musicians from the TSO, the Canadian Opera Company and soloists from across Canada, the G27 puts fresh spins on challenging masterworks and commissions new music. They also provide young students at the Dixon Hall Music School and the Regent Park School of Music with top-tier instruction and, for many, their first opportunity to play as part of an orchestra.

The students were the highlight of Friday’s pwyc concert. Half a dozen took the stage just after intermission to join in on the first movement of Mozart’s Symphony No.8 In D Major, performing confidently alongside their mentors.

Earlier, timpanist Ed Reifel impressed during the evocative Concerto Grosso For Four Timpani, Obbligato Trumpet And String Orchestra, by Maya Badian, who was clearly and endearingly overjoyed by the performance.

THE DREAM SYNDICATE, SIMPLY SAUCER and POPPY SEED AND THE LOVE EXPLOSION at the Garrison, Saturday, February 8. Rating: NNNN

The trippy vintage light show covering the Garrison’s walls and stage with mutating blobs of colour (courtesy of General Chaos) set the scene perfectly for the reunion of L.A. Paisley Underground veterans the Dream Syndicate.

That 80s psychedelic alt-rock movement also spawned the Bangles and Mazzy Star, but the Dream Syndicate were always more punk than their contemporaries, channelling the Velvet Underground and Television more than the Byrds.

Despite taking more than 20 years off after breaking up in 1989, the reunited band still sounded raw and urgent, even if they (and most of the audience) came across more like cool high school teachers than art rock rebels.

Equally impressive were pioneering Hamilton proto punks Simply Saucer, who are still gloriously weird 40 years after they first started fusing the fiery aggression of the Stooges with a strangely robotic funk groove, complete with squelching analog electronics. They were the perfect bridge from the mellow dream pop of openers Poppy Seed and the Love Explosion to the screaming guitar feedback of the headliners.

ALVVAYS, SHEEZER, ARK ANALOG and PS I LOVE YOU as part of Long Winter at the Great Hall, Friday, February 7. Rating: NNNN

The snaking lineup outside the Great Hall before Long Winter’s first band plugged in indicated how popular this monthly event has become.

Inside, Alvvays bounced playfully around the main stage, a welcome introduction to their jangly twee pop for many.

All-female Weezer cover act Sheezer looked loose and carefree performing classics from the Blue Album and Pinkerton. They had the 13-year-old in me (and, hell, the 30-year-old) grinning widely.

In the Samuel J. Moore restaurant, synth-heavy Ark Analog delivered a figuratively and literally colourful set (Maylee Todd rocking green hair). Perfect, considering we need T.O. to show as much colour as it can right now.

The masses left happy with their free 7-inch singles featuring performers Teenanger and HSY (on orange-splatter vinyl!), anticipating the fifth and final instalment on March 7.