SO LONG, SXSW Anyone who's been to. 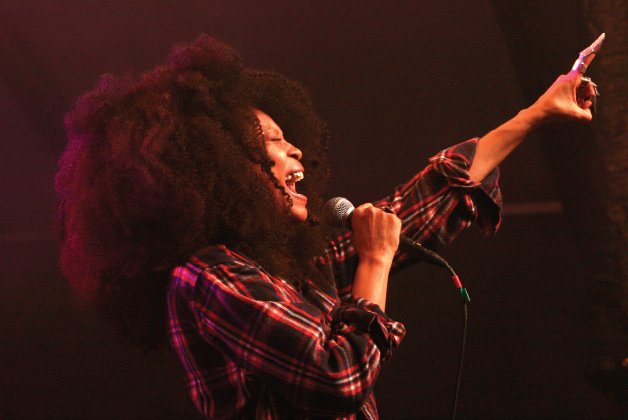 Anyone who’s been to SXSW, now in its 28th year, knows that the only thing competing with the onslaught of music, parties, shows and surprises is the overwhelming feeling that you’re constantly missing out on so much more.

We saw many amazing things: Thundercat casually playing bass for Erykah Badu Julian Casablancas trying out a new band and sound Against Me! euphorically jamming their Transgender Dysphoria Blues a new and improved Kelis covering Nina Simone Lady Gaga waving from her car.

Still, we chose the best of the fest – from where we were standing, dancing or swilling, at least – here.

Put a band like Arcade Fire in the ACC and it will feel like an arena rock show. Still, I appreciated how hard the band worked to make the experience more special than a mainstream concert.

While their request that the audience dress up in formal wear or costumes seemed obnoxiously demanding and precious at first, the costumes had a tangibly positive effect on the evening’s mood, as much a part of the experience as the confetti cannons, the surprise hydraulic stage and even the guy wearing a video box on his head that broadcast pictures of Rob Ford.

It wasn’t just the production values and visual details that impressed. The band sounded amazing, no simple feat in a venue this cavernous. The constant switching of instruments was superbly coordinated, and the newer disco-inspired material came to life onstage.

And just when it began to seem a little too well-rehearsed and impersonal, Arcade Fire reminded us of their deep roots in the Canadian indie scene with touching nods to both the Hidden Cameras and the Constantines.

After their attempt to use the Tower Automotive building was shut down by the city, Foundry moved the electronic music series to 99 Sudbury – another big warehouse space, but one that’s been hosting events for almost two decades and doesn’t involve so much red tape. It’s not as impressive at Foundry’s first pick, but they still made it look and feel great.

For the kick-off event, eclectic UK experimental musician Four Tet played a very house-influenced headlining DJ set that would have surprised some fans familiar with his live performances and recordings but fit the big space and post-2 am mood perfectly.

Detroit veteran Anthony Shakir chose to spin an old-school vinyl set but unfortunately had to deal with some badly skipping turntables. Still, he dropped some great underground dance-floor classics and provided a good transition between Gingy’s bouncy opening set and Four Tet.

Let’s hope things continue to run smoothly for the rest of the festival no one wants to return to the antagonistic relationship that used to prevail between the city and the electronic music community.

“You guys are all just so cute,” Nick Thorburn gushed to the packed, sweaty Horseshoe crowd. “I hate how much I love you.”

What a contrast from when he co-fronted the Unicorns. Then, it would have been ordinary for Thorburn to heckle uncouth concertgoers, even kicking out the most unruly.

This new, softer side was on full display during Islands’ hour-long set comprising both new and old songs and punctuated by more tender proclamations from the frontman.

The set opened with a singalong of hits from Islands’ latest album, Ski Mask, followed by fan favourites Don’t Call Me Whitney, Bobby and Swans (Life After Death), both from their 2006 debut, Return To The Sea. None of the current lineup was around during that first album, but you wouldn’t have known. The four-piece jived like a well-oiled machine, with Thorburn at times forgoing his guitar to strut across the stage, mic theatrically in tow.

More than anything, the concert showed the devotion of Islands fans, who were as excited to hear an unreleased track as they were for the oldies. Not a heckler in sight.