Now that Hurrier, ­Just-Eat and Orderit are cemented into the browser bookmarks of Toronto diners, you might assume the world has run out of new ways to make ordering delivery more convenient. You’d be wrong. Sensing the city’s boundless appetite for food we don’t have to go out and get ourselves, several new apps and web-based services have landed to capitalize on the demand. We put four new companies to the taste test. 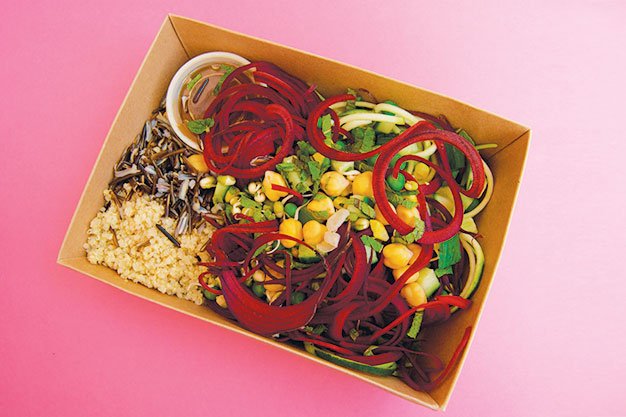 Even takeout is getting “disrupted” thanks to this new app, which serves five neighbourhoods (King West, Liberty Village, St. Lawrence Market, the Discovery District and the Entertainment District).

To order, fire up your app, which contains your credit card info and a choice selfie for identification purposes. Choose your order (you can go as small as a cup of coffee), add a tip and hit okay. Your card is charged, and restaurant staff get working on your order, giving you up-to-the-minute time estimates on it through push notifications.

At pickup, they say, you can skip the line and grab your meal. I didn’t realize how true that was until I stood at G for Gelato fiddling with my phone as I figured out my next move, and a dude just straight-up leaned over the counter and handed me a prosciutto sandwich without so much as a “Hello.” Damn, that was easy. On another test run, I accidentally submitted my order twice, and someone from Ritual called and asked if I wanted to cancel one. All in all, this app is more on top of my life than I am.

BEST BETS Sukhothai, Kinton Ramen, O&B Canteen, The One That Got Away and a host of others.

USE IF You’re in one of the best-served zones and want to interact with humans as little as possible.

Those canny folks at Uber know that the only thing millennials love more than cheap rides summoned by an app is fancy gourmet food they can Instagram… which was also summoned by an app. The taxi industry’s perpetual bugbear has teamed up with Toronto restaurants to offer a “curated” menu that features three separate dishes from three different restaurants daily. Lunches are available from 11 am to 2 pm (just look for the “Eat” setting on your Uber app) and run from $8 to $15 plus taxes and a flat delivery fee.

On my test run, I forced myself to ignore the Porchetta & Co. sandwich and Peking duck offerings for a “Chuck Norris” bowl – spiralized beets and zucchini, wild rice, arugula, sesame dressing – from The Goods. “Eight minutes away,” the app announced 14 minutes later, after a slight delay in hitting the road and some Who’s On First-ing with the driver to figure out where he was parked, I had my salad in my hands and my card was charged $13. Quick and painless, except for the residual guilt: every time I fire up my Uber app, the words “surge pricing during acts of God” and “shady plan to spy on unsympathetic journalists” dance in my head.

USE IF You wish you could bring your favourite snacks-and-cocktails joint into the office in 15 minutes flat – and you’re down with Uber as a company.

“Order Anything!” teases the button on the Favour app. Anything? Yep – the U.S.based company, which just launched in Toronto with an added “u” in the name, lets you send “runners” (marketing materials suggest these are mostly college kids in blue T-shirts) to grab you whatever you need: a shawarma, a Momofuku pork bun, a bottle of laundry detergent, Payless ballet flats or a caramel shake from Burger King. The catch: Favour doesn’t actually have relationships with any of these restaurants or stores, which led to a recent kerfuffle when restaurants like Khao San Road found their entire menus listed in the app and aired their objections over social media. This open-endedness doesn’t come cheap, by the way. There’s the cost of your order, plus a delivery charge, a tip and a 5 per cent processing fee.

I sent a runner to Chipotle at 12:48 pm and got a text from him at 12:51 saying he was en route and asking if I needed anything else. (Brilliant. I forgot to ask for extra fajita veggies. Now, that’s service!) At 1:03 he let me know there was a line and he might be a little while. I know there is, dude – and I am drunk with power on paying someone to wait in the lunch-hour Chipotle line for me. At 1:18 he confirmed pickup, and the app prompted me to pay. Half an hour or so after ordering, I was $17.51 poorer, including $7.40 in fees and tips, and one burrito bowl richer. Easy, though I don’t think even I love Chipotle enough to pay $17 for it.

BEST BETS Whatever the mind of man can conceive and believe, the hand of Favour can pick up and schlep to your house.

USE IF You want something that’s otherwise undeliverable and have an extra $10 or so you don’t mind parting with. 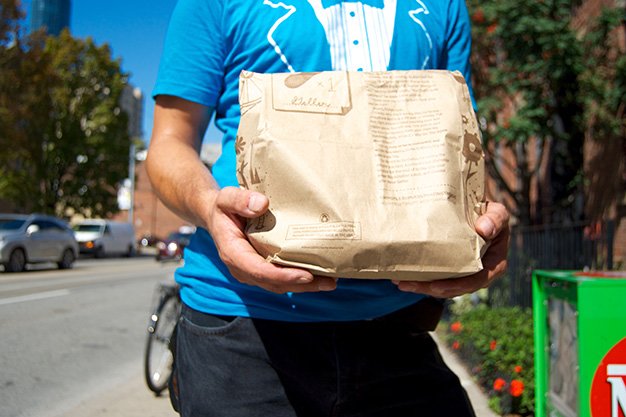 In most small office environments, delegating one person to phone for takeout does the job just fine. If, however, you’re looking for the middle ground between a party-size pizza and a large-scale catering operation with chafing dishes and servers, there’s Food.ee. The “corporate food concierge” doesn’t take orders from homes or those that ring in at under $40. What it does offer: lunch-centric menus from 50 or so Toronto restaurants formatted specifically for large groups.

We’re mostly lone wolves when it comes to lunch here at NOW’s offices, so finding a place that jibed with everyone’s tastes, collecting orders and getting it all placed in time for the one-day-ahead deadline (meant to help the restaurants prepare) was a bit like herding kittens. We settled on Boar: sandwiches for eight, plus enough extra pesto-orzo salad to feed a small army, came to $157, including a $15 delivery fee.

The smiling Food.ee reps showed up a few minutes early with our order and helped us set up. Had we opted to add disposable cutlery and plates or wanted to rustle up dishware rentals, Food.ee’s Corey Shankman told me, they would have handled that, too.

Each office, he explained, is assigned a Food.ee rep: “We get to know all your ordering habits after a few orders. If we find out you don’t like turkey, then going forward, if we notice you put turkey on something we’ll call you up and ask if you want to change it. Or if you ask us for our recommendations, we’ll never recommend something you don’t like.”

All told, we might just as well have split a Hurrier order with a smaller fee. But if you’re an office manager looking to keep a roomful of picky suits happy, this could be a godsend.

USE IF You really want to wow ’em at your company’s next AGM. 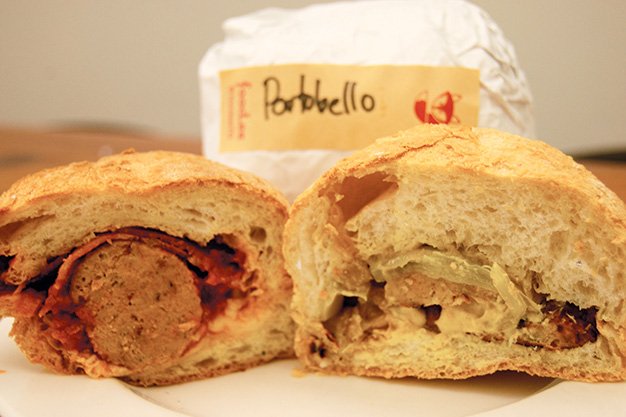 Food.ee delivered and set up eight sandwiches from Boar, plus two humongous salads, for a whopping $157.