North Americans are popping over a billion dollars in fish supplements every year, so you want to make sure you're not depleting the high seas of threatened species with every pill. 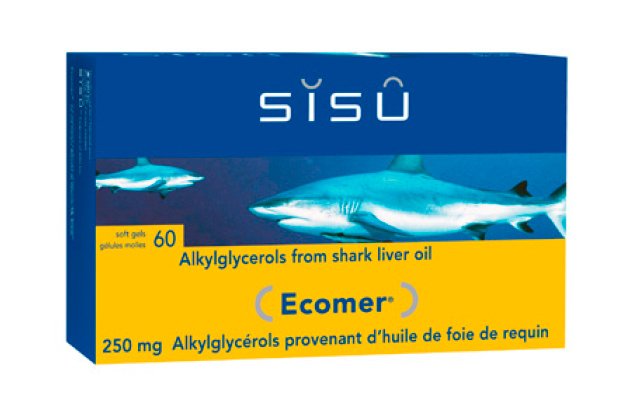 Shark liver oil has lost its lustre now that krill oil is hogging the limelight in the supplements sector. The NGO WildLifeRisk recently documented that threatened whale sharks are being illegally turned into fish oil for export from China. Not good when a quarter of the world’s sharks are facing extinction. Manufacturers of most shark liver oil on shelves say theirs is a by-product of legal shark fishing, but major Canadian grocers like Loblaws have stopped selling shark meat entirely at the urging of Greenpeace and WWF. Besides, Health Canada has found that shark oil has the highest contaminant levels. 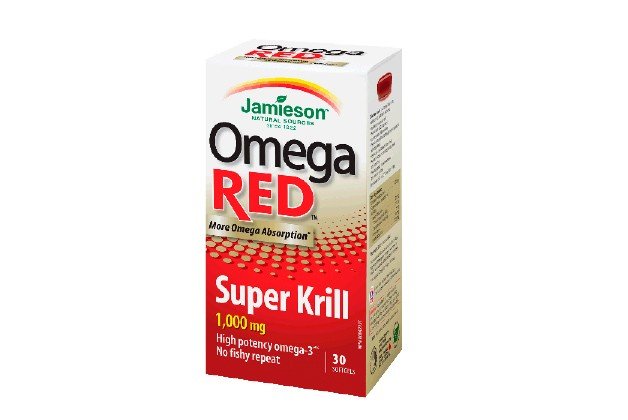 Everyone’s talking up the miraculous health benefits of krill. Well, new research is raising questions about those claims, and enviro orgs want you to stay away from these tiny pink shrimp-like creatures, most of which are harvested in the Antarctic, where they reproduce under sea ice. Even so-called sustainable krill has its critics. (See story below.) 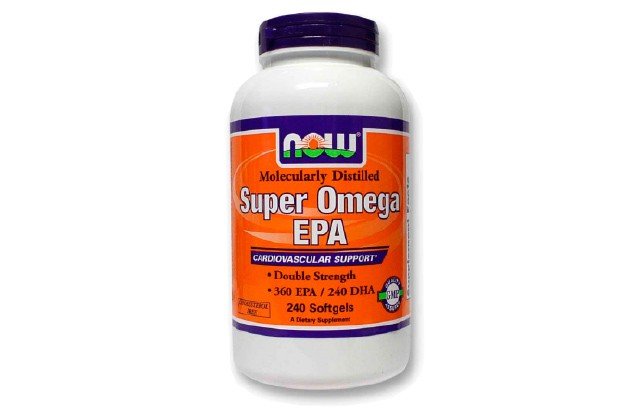 For dinner, enviros say small forage fish like sardines and anchovies are best (and cleanest contaminant-wise). But the fish oil world is murkier. Last time I wrote about fish oils, Peru’s anchovy stock was thriving, but Peru’s president announced last year that the stock (the world’s biggest) was on the verge of collapse due to industry pillaging. Stocks have rebounded since Peru slashed quotas, but ocean campaigners say this wildly fluctuating mega-fishery is problematic. Ascenta (maker of NutraSea) says it tries to keep pressure off one stock by blending small fish (sardines, mackerel, anchovies) and wild squid. NOW brand also offers Peruvian forage fish blend. 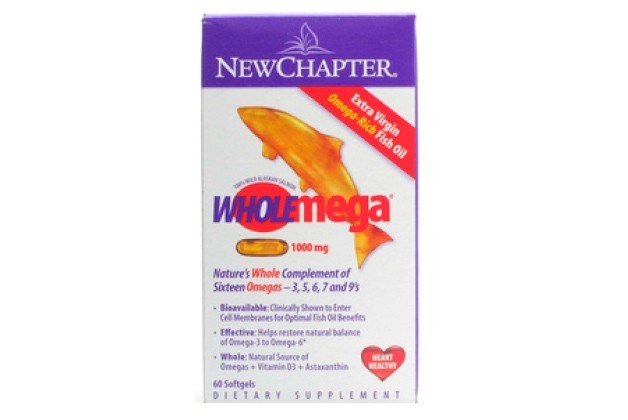 While Norway’s cod stocks were in trouble a while back, they’ve rebounded and are now mostly Marine Stewardship Council-certified (MSC), without formal objections from enviros, though bottom-trawling may be a problem. Alaska’s long-certified stocks are now in a certifier turf war, but they’re still considered a green consumer pick. Nordic Naturals uses MSC cod and avoids bottom-trawling. New Chapter (owned by Procter & Gamble) makes a Wholemega wild Alaskan salmon oil – the first to get an Ocean Wise seal from the Vancouver Aquarium. Like all major brands, both test for contaminants. 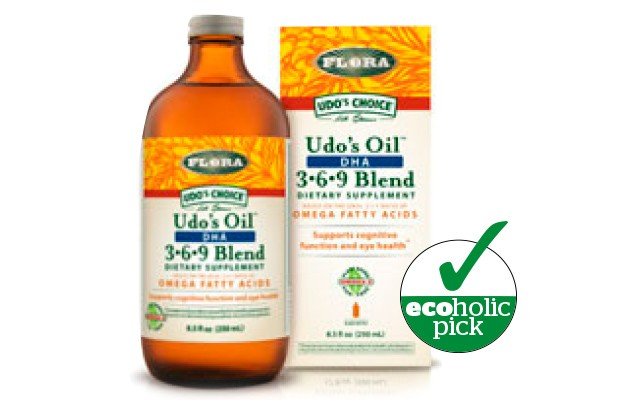 The only DHA-containing omega oil without major oceanic implications is farmed algae oil. It’s renewable and sustainable, and tank-grown algae oils like those found in Udo’s Oil DHA 3-6-9 Blend don’t even take food out of the mouths of fish. Now, it doesn’t have all the same fatty acids as fish oil (namely, the EPA ain’t built in), which is why it doesn’t get a perfect score. However, it’s green, clean and full of health-promoting properties. Udo’s Oil also contains organic flax, sunflower, evening primrose and other oils. 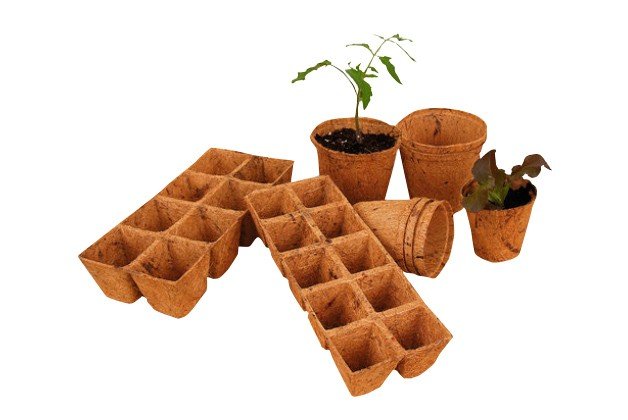 GREEN FIND OF THE WEEK

Having trouble believing this winter will ever end? Time to grow some hope. Yes, it’s seeding season, people, when Seedy Saturdays sprout up across the country (including at the Brick Works Saturday and Sunday, March 8 and 9) so you can swap ‘n’ score local, heirloom and organic seeds. Gear up with coconut-husk-based coir grow pellets, pots, you name it, at your nearest garden centre. Lee Valley’s got ’em, as does Veseys.com. Happy seeding! 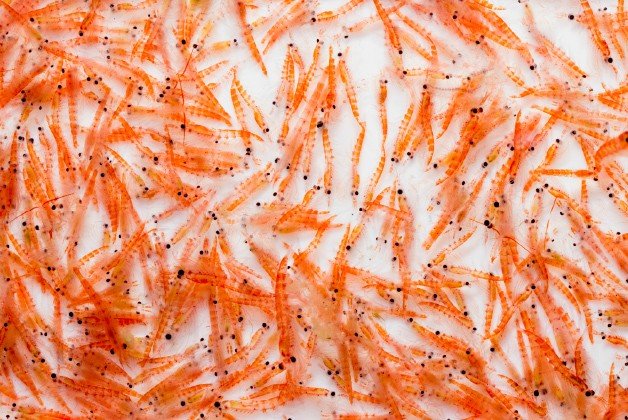 You know when Dr. Oz is giving away 10,000 bottles of krill oil, as he did last month for the second year in a row, we’re waders-deep into a krill craze.

Yes, krill is the crustacean sensation gripping the nation. This little pink shrimp-like thing is being touted as an amazing omega-rich replacement for fish oil. Health gurus have talked up its advantages over regular fish-based omega 3s, saying it’s absorbed faster, eliminates fish oil burp-back and gives you more omegas ounce for ounce.

Krill oil manufacturers are rejoicing, but not all scientists and environmentalists are joining in the festivities.

In January, researchers with Australia’s federal agency for scientific research, CSIRO, published a critique of a recent trial asserting krill oil’s advantages over fish oil (FO). CSIRO scientists argued that the FO used in the study was watered down and far from “typical,” so the trial’s conclusions were “misleading and not justified.”

Andrea Kavanagh, senior officer with the Pew Charitable Trusts’ Southern Ocean Sanctuaries, says krill catches have doubled in the last five to six years, and most vessels literally vacuum the sea to pull up enormous numbers.

Add to that the fact that the Antarctic Peninsula faces some of the most intense impacts of climate change and that young krill rely on sea ice algae to survive. That means shrinking sea ice has direct consequences for krill and the species that depend on them. In 2010, Whole Foods sided with environmentalists and stopped selling krill oil.

What about krill from sources certified by the Marine Stewardship Council? A coalition of over 30 NGOs, including Pew, formally objected to krill getting certified a few years back.

Yes, certified krill all come from one vessel that’s got a good system for reducing bycatch killing of other marine life. But Pew says MSC failed to assess the needs of predators dependent on krill. And so, says Kavanagh, “we cannot recommend krill oil consumption until the needs of predators like penguins are fully protected.”

Instead, enviros suggest you share your concerns with manufacturers and urge them to support protected marine areas where krill catching would be banned for the sake of seals and penguins.

No matter how good you think those krill pills make you feel, can a supplement be considered healthy if it’s jeopardizing the wellbeing of the planet?