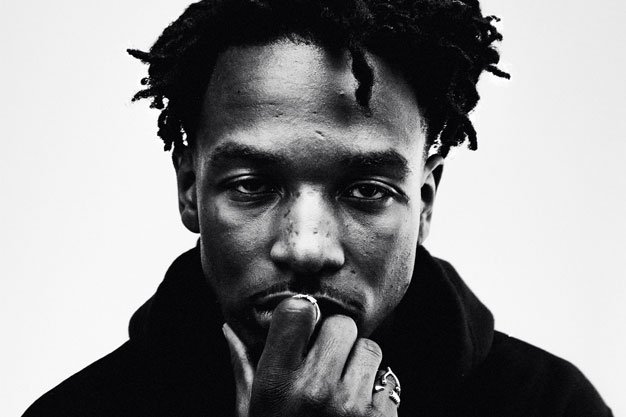 Jazz Cartier isn’t exactly in a touchy-feely mood. On the rising Toronto rapper’s first new song since the release of his debut album Marauding In Paradise (NNNN) in April, he joins the ranks of MCs to put his trust issues out there. “Don’t tag me in no pictures/fuck your hugs and kisses,” Jacuzzi raps, sternly. “Cause I can’t trust these bitches.” Produced by his main Marauding collaborator Lantz, the song firmly falls into the part of his repertoire known as Beast-Mode Jazz, aka Cuzzi Needs A Hug.

Toronto producer Grandtheft is on a hot streak thanks to his single Keep It 100, which will feature in the upcoming movie Suicide Squad. He’s also released a string of pop-star remixes and an EP for Diplo’s Mad Decent label. The title track is decidedly more understated than Keep It 100 and features vocals by Toronto-based pop singer Lowell. The video for the song was shot over two nights in Barcelona with a mostly Spanish cast and crew.

“Many of the scenes were filmed in the rowdy nightlife district where the camera had to be concealed at points for safety,” the filmmakers said in a statement. “The scenes where the girls are working the corner was photographed on a long lens from across the street, which led to the actresses being approached by both police and men looking to hire sex workers. Some of the men who approached the actresses were disrespectful and harassing, which unfortunately mirrored the malicious spirit of the final man in the film.”

Toronto singer/songwriter Daniel Caesar landed on the U.S. music industry’s radar last fall with the release of his Praise Break EP. After a year of near silence (save for an acoustic reworking of his debut), the Oshawa-raised musician has announced a follow-up EP, Pilgrim’s Paradise, is coming on November 12. The seven-track EP features production work by Jordan Evans and Matthew Burnett, as well as collaborations with rapper Sean Leon and recent Polaris Prize nominees BADBADNOTGOOD on the song Paradise.

Experimental pop duo Phedre is planning to release new material in 2016. As one might expect from a band that sets out to make genre-averse music for “internet-induced-ADD-types and also those who can sit through a heavily conceptual full-length,” the video for new song TIVOLI features Daniel Lee and April Aliermo frolicking on the California coast covered in colourful mesh netting while hallucinating about blobby cartoon animals. In other words, it’s the stuff conceptual art is made of.

Scarborough gets the cinematic magic-hour treatment in the video for identical twin hip-hop duo A-Game’s I Will video. Produced by Doc Jones and Nikhil S., the song is all contrasts: aggressive yet uplifting, cocky but also confessional. The pair have been around for a few years now so I Will feels a bit like a re-introduction in grand, sweeping style. A-Game’s The Don EP is due before the end of the year.

Toronto R&B singer Rochelle Jordan delivers a beautiful vocal performance on the lead single from Travis Stewart (aka Machinedrum) and Praveen Sharma’s second full-length as Sepulcure. On Fight For Us, Jordan sings about wanting to stick out the tough times over a dreamy guitar riff and jittery drum patterns. The song is out now via DJ/producer Scuba’s Hotflush imprint, and the LP will follow in 2016.