Six Things You Need To Know About Jahkoy

Jahkoy is the latest Toronto musician to parlay a rising profile on social media into a major-label deal stateside. The 21-year-old began posting hip-hop tracks on SoundCloud in 2012 and three years later he’s opening for R&B star Tinashe and prepping a debut album – due this year – for Def Jam. He talked to NOW backstage at the Phoenix about his career trajectory. 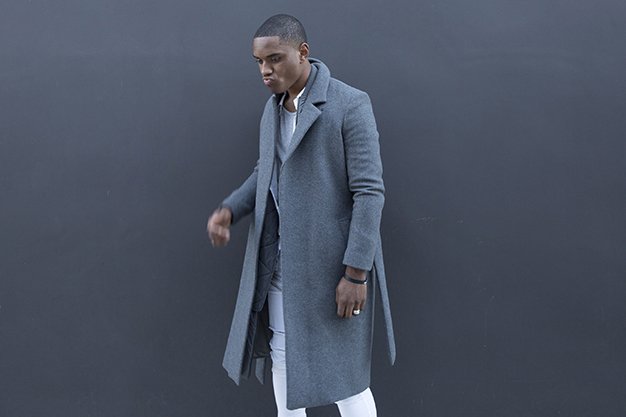 Jahkoy (born Jahkoy Palmer) grew up in the Jane-Finch neighbourhood, where his interest in poetry evolved into writing rap lyrics and songs he recorded at home using Audacity and a webcam mic. Two years later he met his engineer, Sunny Diamonds, and landed a gig at the 106 & York Urban Arts Festival. “I was 13 and people were rocking with me. I was really, really doing it,” he says, adding that his family was supportive. “I was staying off of the streets and not doing bad stuff.”

2. SoundCloud’s the reason for one of his biggest songs.

After Jahkoy began posting on SoundCloud, producers started reaching out with “care packages” – i.e., beats – including Atlanta-based Chris Justice and L.A.based Fortune. He turned one into the drowsy slow jam Poison, which racked up 600,000 plays with zero promotion. “It’s probably one of my biggest songs to date,” he says.

3. Disclosure inspired him to sing.

In 2013, he discovered the pleasures of soulful, bass-heavy club bangers after seeing Disclosure at the Danforth Music Hall. He changed his artist name from Raheem to his more unique birth name and recorded Fall In Love and Hold Your Hand, bouncy songs that blur pop, house, R&B and hip-hop. “They were doing something that was new to me,” he recalls. “Beats with no vocals. And people came to see these guys make their beats live. That was my introduction to that world.”

4. He signed with Def Jam after moving to Los Angeles.

Tired of making contacts primarily on SoundCloud, Jahkoy moved to L.A., where he signed with Def Jam last August. During his first studio session he talked with A&R exec and Kanye West mentor No I.D. about everything under the sun. “We spoke for literally seven hours,” he says. “The session was to make music, and all we did was talk.” He’s since recorded with Elijah Blake, James Fauntleroy, Frank Dukes and Pop & Oak.

Jahkoy has branded his sound “bipolar.” “I want to eliminate the whole genre thing. Giving it a label closes the doors to so many different things. A lot of times you hear a song on urban radio that you wouldn’t hear on pop radio, but you’ll hear pop records on urban radio. I want to fuse both of those radios and say we’re playing everything.”

6. He prefers Toronto to Los Angeles.

Despite his productive time in L.A., Jahkoy decided Toronto is where he wants to be and moved back. “It’s not real,” he says of L.A. “It doesn’t rain that often. It’s very dry. Everything is like a fantasy. It’s kind of creepy. I’m like, ‘Oh my gosh, this is too nice, yo. We gotta get the fuck outta here!’ I need real life.”